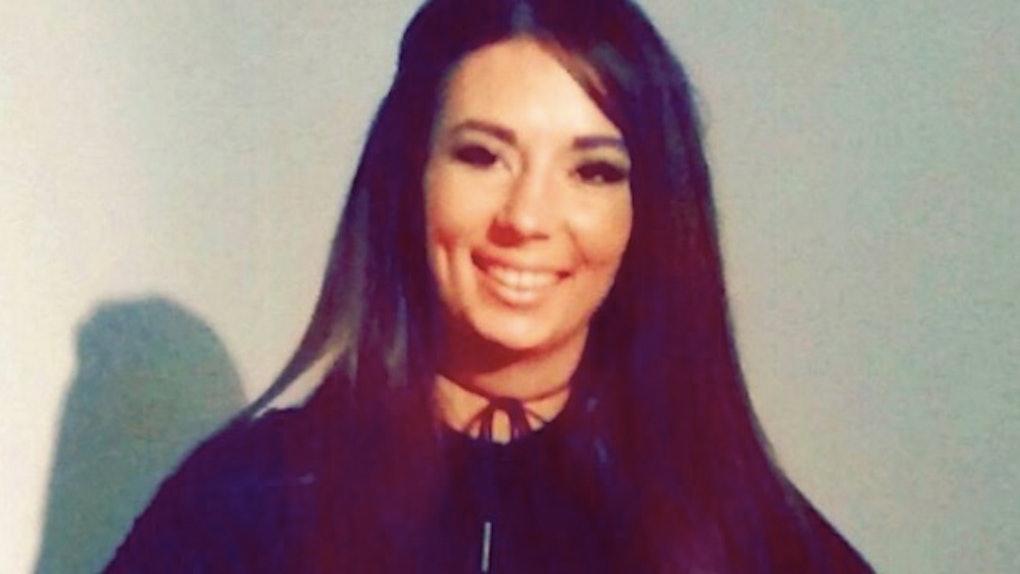 A mother was brutally injured when her date crashed his car into a tree and left her unconscious in the front seat to fend for herself.

Bradley van Outen had asked out Carrie-Anne Knox, 26, multiple times shortly after she came out of a 10-year relationship with the father of her children, Metro reports.

She agreed to go out with him and embarked on what would become the worst date of her life.

It went downhill when Van Outen drove out of a pub parking lot with Knox in the passenger seat and began doing doughnuts with his convertible BMW.

He quickly lost control of the vehicle and crashed into a tree, causing Knox to fly into the windshield.

We hit the tree and I went flying into the windscreen. I had glass in my head and they found my hair and eyelashes embedded in the crack of the windscreen. The doctors later told me if the seatbelt hadn't been around my shoulder I could have died. When I looked down at my arm I could see something was wrong.

He said 'I'm sorry but we need to get out of here.' I told him I couldn't move and I wasn't going anywhere. His side was fine so he got out, pulled my door open and pulled me out of the car by my broken arm.

Carrie claims she woke up on a bench to a woman taking care of her. She wound up in the hospital with severe injuries.

It's been reported the unlucky mother had to go into a four-hour long surgery after suffering a multiple spiral fracture of her upper left arm.

Carrie said she texted him from the hospital, and his only reply was "I'm sorry."

It's been roughly eight months since the disastrous date, and the mother of two is currently suffering from post-traumatic stress disorder.

On top of her physical and mental ailments, she even lost her job as a hair dresser because her boss couldn't hold her position during her recovery.

After the incident, Van Outen was sentenced to two years in prison on top of a four-year driving ban.

He admitted to various crimes that include causing serious injury by dangerous driving, driving without insurance and failing to give information relating to the identification of a driver and driving while disqualified.

Carrie's life has been torn apart since the date, and she admitted Van Outen "put her off" from men.

Citations: First date ended up with mother in hospital, losing her job and a man in prison (Metro)