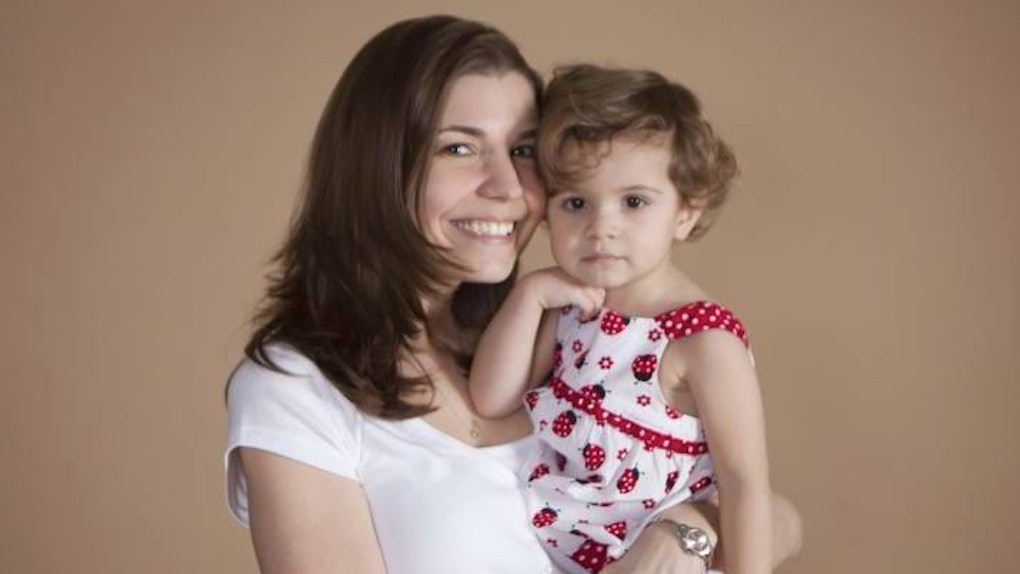 A Wisconsin woman dying of cancer found a heartbreaking way to be a part of her daughter's life.

For Heather McManamy, 35, one of the worst parts of having stage 4 cancer is coming to terms with not being able to be with her 4-year-old daughter, Brianna, as she grows up, New York Daily News reports.

Though she hopes she will be able to see off Bri to her first day of kindergarten, Heather knows there isn't much hope she will be around for many other special occasions.

I'm just not ready to say goodbye yet. It's really painful to know that they're going to be sad and I won't be there to comfort them.

That's why Heather started writing a series of greeting cards for her daughter to read when she hits important milestones in life.

She's written cards full of advice and memories for Bri to open up on occasions like birthdays, graduations and even having her first baby.

I did them from when she's older or younger -- random encouragement, bad day, wedding, driver license, even first breakup. Every one of these that I get to hand out in person will be an accomplishment.

Of the over 40 cards written for Bri, Heather said the hardest to write was the one to be opened on her wedding day.

In an interview with WMTV, Heather said, "That one was emotional, that one was a tough one... You start picturing what she's going to look like that day."

Heather says she started to think about ways to stay involved in her loved ones'  lives after her diagnosis became terminal in August 2014.

Even looking at the actual stack of cards is emotionally taxing for Heather as it is  a "physical representation" of the events she will be missing.

She also created a series of videos for Bri to watch as she grows older.

Heather may not physically be there to help her daughter, but she hopes the advice in the cards will help her.

I just want her to find her happiness. Life [is] short. If she's true to herself, everything will be OK.

You can watch the full story here: