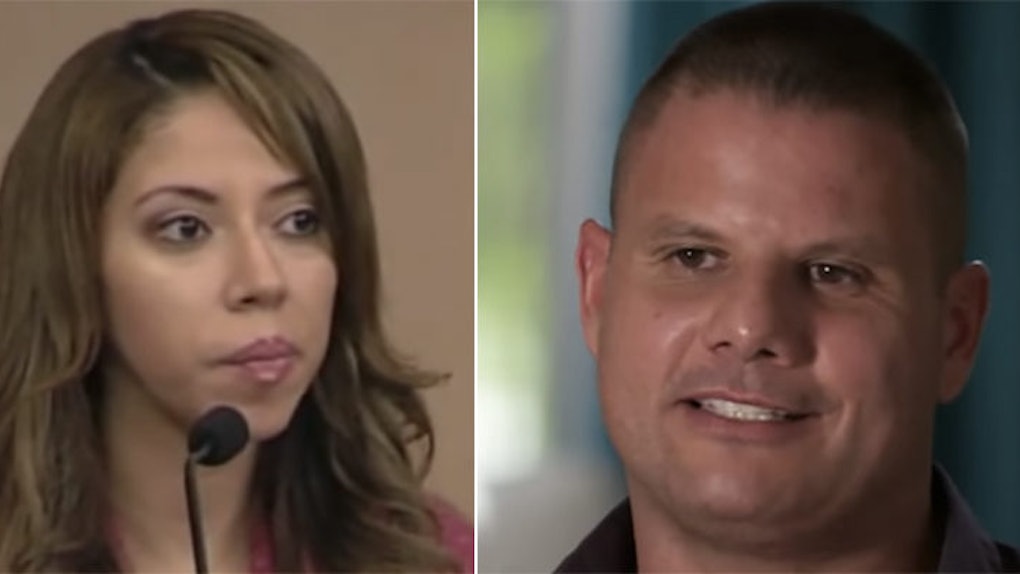 The jury in a high-profile murder-for-hire case has reviewed a video that pretty much caught the defendant red-handed.

The video is from 2009, and makes it pretty clear Dalia Dippolito was interested in having her husband murdered.

When told by an undercover cop, who was acting as a hit man, she wouldn't be able to change her mind on whether or not she wanted her husband killed, Dippolito replied she was "5,000 percent sure."

The full version of the video reveals more details on just how far Dippolito was willing to go to have her husband killed. She offered $7,000 dollars to the "hit man," who was being portrayed by Boynton Beach Detective Widy Jean.

During the undercover operation, Jean can be heard mapping out a hypothetical plan to execute the murder as the woman nods in the car they met in.

So it's going to be like, I break into the house, didn't think he was going to be home cause everyone works in the daytime and he's not at work, and he gets two in the head. That's it. You know. And I take a couple things with me, break a couple windows, make it look like a robbery that went bad, and it's all over.

Dippolito had originally been found guilty of solicitation of murder in 2011 and was sentenced to 20 years in prison, but the conviction was eventually overturned on appeal.

This week, she was on trial again at a Palm Beach County court in Florida.

The big shocker? Even after the jury reviewed the tape of Dippolito asking for her husband to be killed, the jury could not come to a consensus to find her guilty, leading to the judge declaring a mistrial.

The defense argued this video was actually entrapment and police misconduct. The police department also told Dippolito shortly after her meeting with the hitman her husband was dead (he wasn't) and videotaped her hysterically breaking into tears.

That mistrial isn't exactly a victory, though. Had Dippolito been found not guilty, she would have walked free, immune from being tried again because of double jeopardy.

Now, however, the Florida state attorney's office has already planned to try her again.

Get ready for this story to pop up again next year.