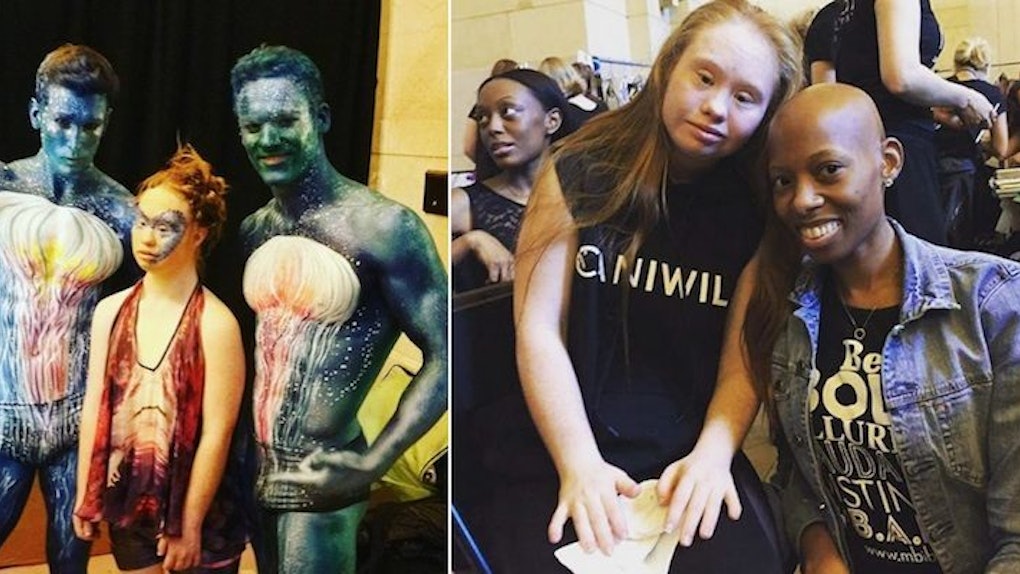 Less than a week after Chrissy Teigen preached about the changing landscape of the now more inclusive fashion industry, style fanatics were able to see the evolution take place at New York Fashion Week.

The 18-year-old has Down syndrome and a leaky heart valve, and she worked three different looks like a seasoned pro.

Just last year, the redhead shared her dreams of modeling with her mother, Rosanne Stuart, who supported her daughter's ambitions.

I don't want to stop Maddy from doing anything.

By May, the 4'11” model's professional shots gained major traction online.

A few short months later, the Australian beauty was asked to walk in the NYFW presentation titled “Fashion Free from Confines,” which paired international designers and models with disabilities.

The Aussie took to NYC instantly.

She posed with fellow fashion stars...

...and acted way casual even when sandwiched between two glorious male models painted like sexy jellyfish.

Maddy even stayed strong through the show's 12-hour prep.

Though she admitted to having fun on the catwalk, Maddy had one goal following her NYFW debut.

I just want to go to sleep.

Maddy can now sleep knowing she's accomplished what the rest of us only pretend to do in the dressing rooms at American Apparel.