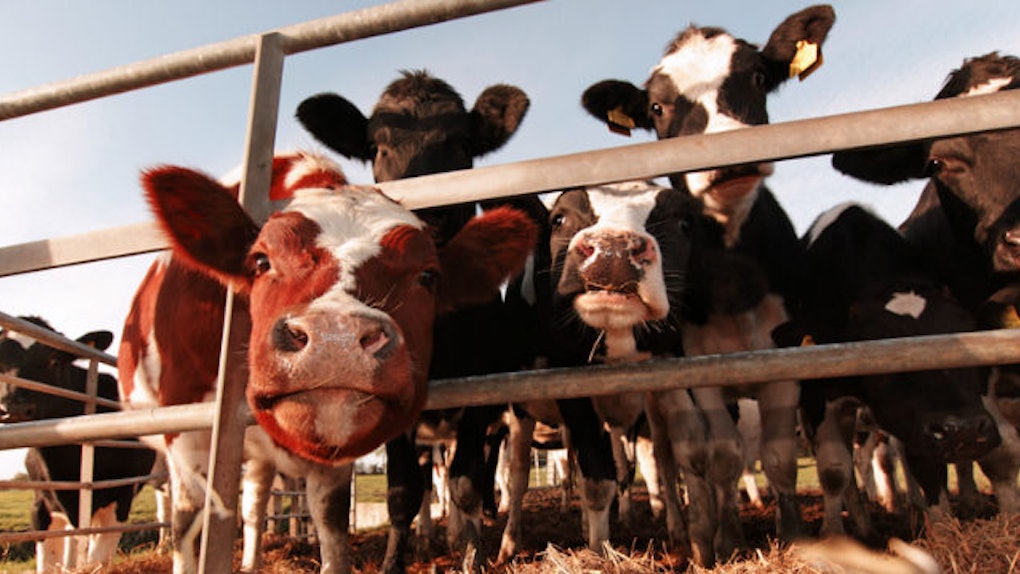 If You Bought Milk In These 16 States, You Could Get Moola

Is there anything that represents your childhood more than a tall, ice-cold glass of moo-moo juice?

It always brings back memories for me! Of course, those are memories of running to the restroom to vom because I suffered from a terrible intolerance to lactose.

Now, instead of memories, it could be conjure up some money as long as you bought milk in these 16 states.

But... you may not be happy to hear just why you'll be receiving that cash.

Why? Because of milk producers who drove up the price of milk...

How did they do this?

They prematurely killed half a million cows.

Not big on milk? No worries. Cows died for more cash for your cream, half and half, yogurt, cottage cheese, cream cheese and sour cream, too. Probably even your ice cream?

The amount you receive from the settlement all depends on how many people claim it.

You can even claim it on this handy-dandy website.

Currently, individuals will probably receive between $10-20 from the settlement. Boy, howdy!

That'll probably be even less when this ol' post goes viral.

Cooperatives Working Together (CWT) is a collection of milk producers who supply about 70 percent of the United States their milk.

They paid their members to kill entire herds, including cows too young to produce milk. They called it the "herd retirement program."

The class action lawsuit claimed the purpose was to "reduce the supply of milk, eliminate competition and significantly reduce the number of dairy farmers competing in the market in order to increase the price of raw farm milk."

While the defendants, which included The National Milk Producers Federation (NMPF) and other milk producers, denied the allegations, they settled the 2011 lawsuit in August.

According to Dr. Scott Brown of the University of Missouri, the program that ran from 2003 to 2010 caused 500,000 cows to be slaughtered.

It lowered the nation's milk supply by 10 billion pounds and doubled the price of raw milk, increasing revenues by $10 billion.

You can file a claim up until January 31.

Citations: You could get money back if you bought milk (USA Today)