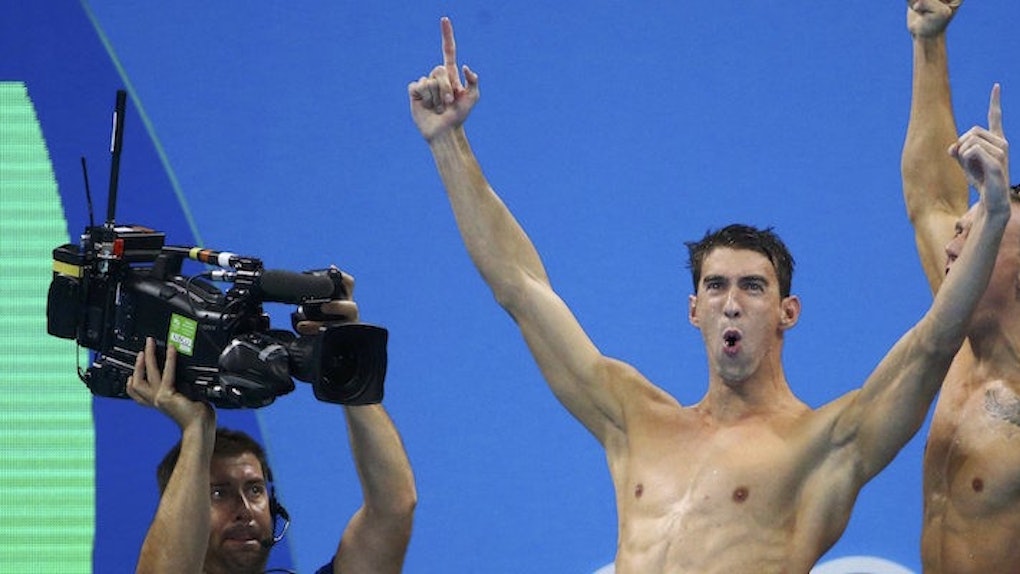 Have you ever swam a 4x100 race at the Olympics and immediately scarfed down a pound of spaghetti?

Yeah, I haven't done that either. But that's exactly what Michael Phelps did to celebrate winning his 23rd gold medal at the Olympics this week.

Eating that much pasta would be an accomplishment for anyone, but for Phelps, it's necessary after using so much energy in an intense race. (A pound of pasta, by the way, is what four normal people could eat.)

Unfortunately, Phelps isn't much of a spaghetti person. He had to force himself to do it, and it's one of his many interesting recovery methods.

If a pound of spaghetti sounds like a lot to you, it's actually cake for Phelps. Back in 2008, Phelps ate a whopping 12,000 calories a day that included indulgences like a three fried eggs sandwiches with a ton of cheese at breakfast, two large ham and cheese sandwiches on white bread at lunch and entire pizzas for dinner.

Damn. Just keep in mind, people, Phelps is not an average human. He's probably earned each of the thousands of calories he consumes on the reg.

Since 2008, he's cut back. But, he still ate a pound of pasta for dinner after the big event.

I tried to do as much as I could, get my lactate cleared, had a massage, had an ice bath, eat [...] I think I had a pound of spaghetti, and I am not a spaghetti fan. I forced myself to eat it.

I'm not sure which is weirder: the fact Phelps ate total crap when he was 22 and is still crushing at the Olympics or the fact he doesn't like spaghetti.