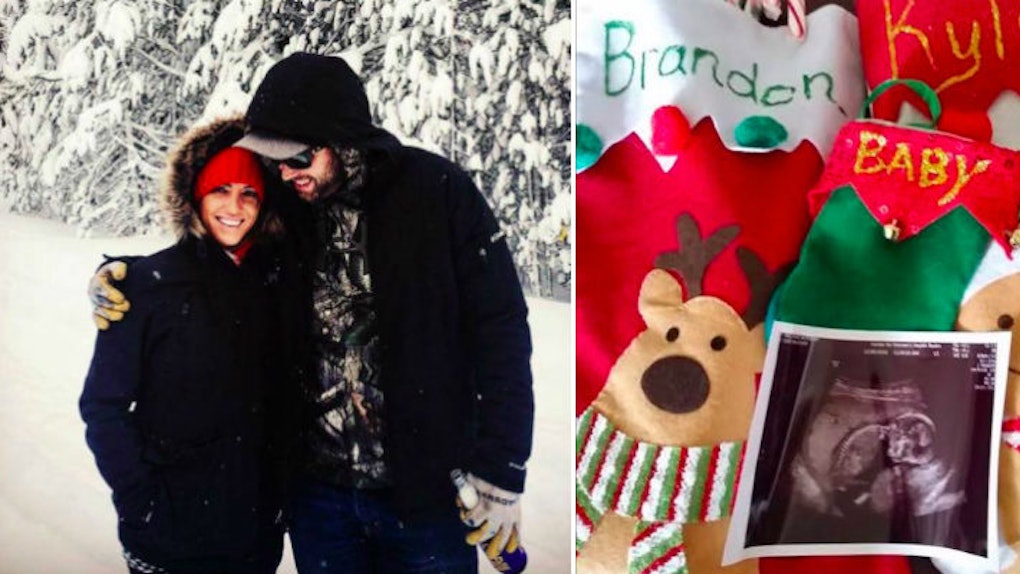 Man's Pregnancy Announcement For GF Who Died In Crash

Kylee Bruce left to go play basketball with her friends, but she never made it home.

On Tuesday, December 20, the 24-year-old attempted to pass another car when she lost control of her vehicle and slid into oncoming traffic.

She is survived by her mother, father, seven siblings and her boyfriend, Brandon Forseth.

Forseth wasn't able to keep a promise he made to Bruce.

The 29-year-old was supposed to wait until the 20th week to tell others they were expecting their first child, due in June. Instead he posted this heartbreaking pregnancy announcement on Facebook.

You made me promise not to announce our baby to the world until 20 weeks when we found out the sex. We were going to make a funny announcement video and share it with everyone. You were 18 weeks pregnant with my first child, and I lost you both last night.

He apologized for slipping a few times and letting friends and family know about the pregnancy -- he was too excited. He joked that Bruce would say he could never keep a secret.

He talked about how dedicated of a mother Bruce already was,

I'm sorry I'm breaking my promise right now and telling everyone a couple weeks early, but I was so proud of you, and I want everyone to know how committed you were to this child, how health conscious you were, how you would go online each week and tell me things like, "Our baby is the size of grapefruit right now, or "Did you know our baby has already started to develop eyelids?!"

He wished he went with his girlfriend, instead of being too tired to go along. He continued,

You only lived with me for a short time, but my house is filled with your clothes, your coat is hanging by the front door and your snow boots are on the mat right where you left before you left last night, but it feels so empty here right now. I'm still waiting for you to walk in the door.

Underneath the Christmas tree the two cut down together are presents from Bruce, wrapped neatly. Her presents are missing, because Forseth procrastinated, but knew she would have loved his gifts.

He got her a vanity, so she didn't have to share his tiny bathroom mirror with him, books, because she was an avid reader, and a soup thermos, so she could bring a hot lunch to her new job as a pre-school teacher.

Rest in peace, Braylee or Talon, daddy loves you so much.

A GoFundMe has been set up by Bruce's cousin to help pay for funeral and memorial expenses.

Citations: Man Pens Heartbreaking Tribute to Pregnant Girlfriend Who Died in Car Accident: 'Your Snow Boots Are Where You Left Them' (US Weekly)