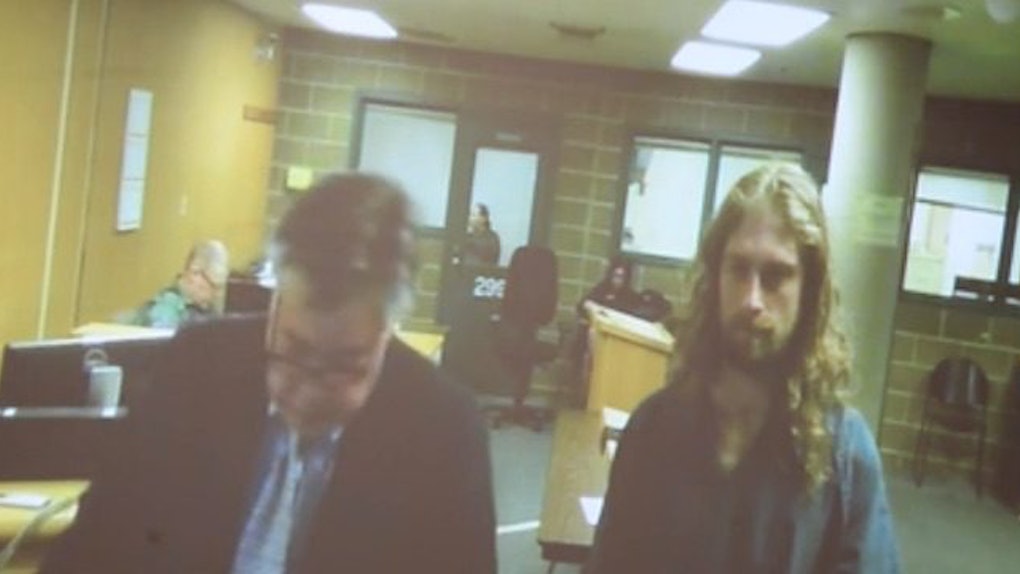 This is tragic as it is bizarre.

A man named Sheaen Smith reportedly admitted to allegedly stabbing his own mother with the most bizarre justification possible. Like, grab a chair, and take a seat. It's about to get weird.

According to investigators, Sheaen told them the reason he allegedly killed his mom was because he was a werewolf and she was a vampire.

Um, what? It's as if he saw the "Twilight" movies for the first time, and this was the excuse he could come up with.

After authorities responded to an emergency call on Sunday afternoon, the body of 57-year-old Aurora Buol-Smith was found with multiple stab wounds, including defensive wounds located on her hands.

Buol-Smith tragically ended up bleeding to death, according to the autopsy. She had been dead for several hours before police even arrived at the scene of the crime.

When police did arrive at the scene, they found Sheaen in an upstairs bedroom and later, they found the knife believed to be used in the murder.

Sheaen has since been charged with second-degree murder, and his bail was set at $1 million.

According to Chief Criminal Deputy Prosecutor Eric Richey, Sheaen had since been treated for acute psychosis that stemmed from meth use only days prior to the murder of his mother.

This is why you stay away from drugs, y'all.

The defendant admitted to police that he's been using a lot of meth recently, which is the reason for the voices in his head.

While Richey argued Sheaen might flee if his bail were posted, his public defender said he'd stay at the crime scene: his mother's duplex.

However, Superior Court Commissioner Alfred Heydrich had an issue with that... because, you know, it's a fucking crime scene.

Anyway, this all so sad. I'm going to watch 17 hours of cartoons to put my mind in a better place and call my mom while I'm at it.