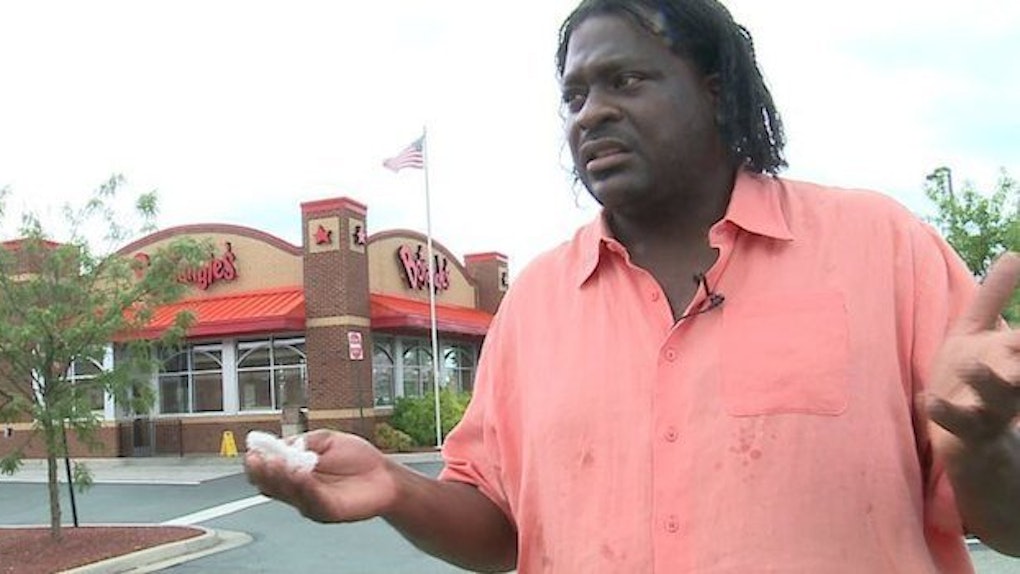 Man Ordered Fried Chicken But Got $4,500 In His Bojangles' Bag Instead

I would kill to know what Bojangles' secret blend of herbs and spices is.

When James Minor ordered a box of chicken from a Bojangles' Famous Chicken 'n Biscuits location, he was annoyed to find out his food wasn't as hot as he wanted it to be.

Knowing cold chicken wasn't going to hit the spot, he went back through the drive-thru and asked for some fresh pieces of poultry.

After a few minutes, a Bojangles' employee came out and gave Minor a new bag, which he thought would be full of food, but it was actually full of something else.

Where Minor thought he would find a few pieces of chicken, he actually found $4,500 cash -- or approximately 2195.12 Bojangles' steak biscuits.

He videotaped himself going through the contents of the Bojangles' bag before doing the “right thing” and returning it to the restaurant.

Minor told WTVR the manager should have kissed the ground he walked on for returning the large sum of cash to the restaurant. Instead, the manager actually acted like a dick to him when he went back in, handed them the money and asked what would have happened if he didn't return the cash.

He told me in an arrogant, nasty attitude being disrespectful saying that, 'We would've called the authorities on you, too.' Here I am doing a good thing, bringing the money back. Most folks probably would've kept on going and wouldn't have recognized it until they got home.

For his troubles, Bojangles' did offer James a $100 gift card, but that's nothing compared to how he saved it literally 45 times that much.

Minor said he deserves some "respect" for what he did, an "apologetic letter from Bojangles'" and a more substantial cash prize.

You can watch the full story here:

FYI, I will exclusively be eating at Bojangles' from now on.