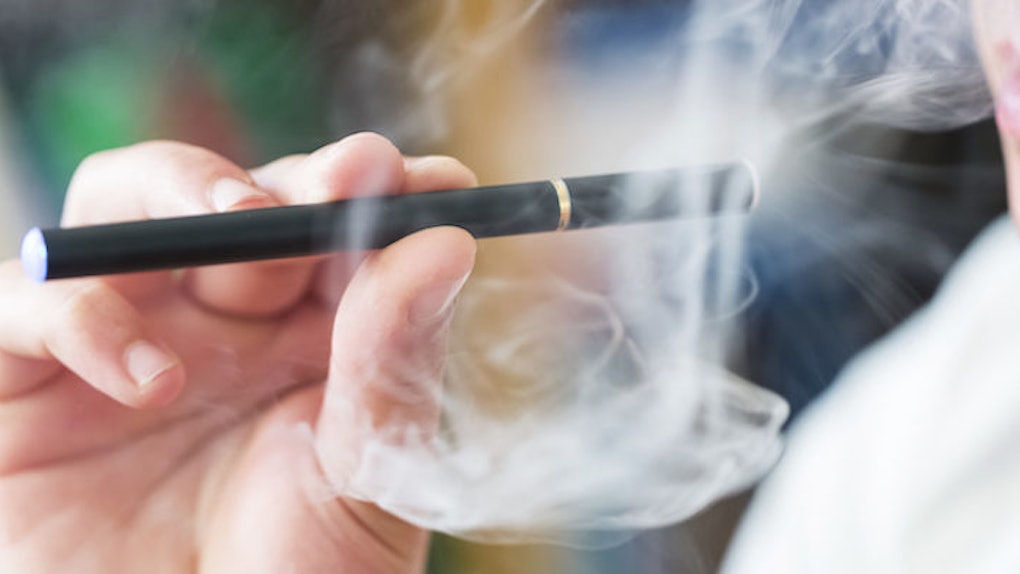 You may want to think twice before electronically smoking up.

A man from Naples, Florida is being kept in a medically induced coma after his electronic cigarette exploded while he was using it, CBS Miami reports.

Evan Spahlinger's sister, Ema, heard the initial explosion from another room, prompting her to run and check on her 21-year-old brother. She said she found Evan on the floor gasping for air and covered in soot, with burns all over his body.

[The doctors] said he has internal and external burns and damage to his lungs from the explosion itself and possibly the mouth piece went, when the cigarette exploded, it went down his throat and exploded again.

Experts said the explosion was probably caused by the device's lithium battery, which is not an uncommon occurrence among e-cig products.

Citations: Man In Coma After E-Cig Blows Up In His Face (CBS Miami)