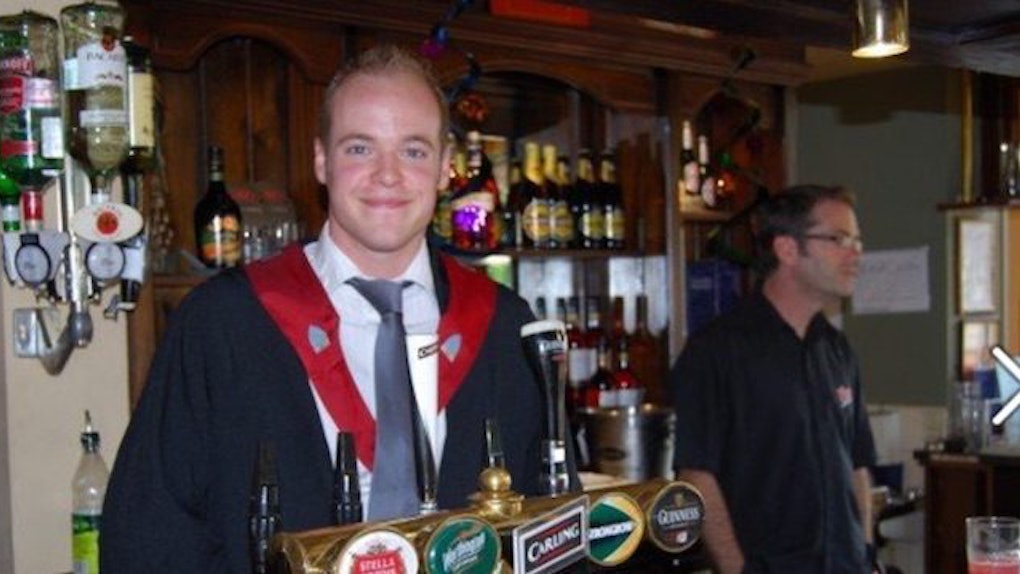 32-Year-Old Dies After Using His Phone In The Bathtub

A man has died after he used his iPhone in a bathtub while the device was charging.

Richard Bull, 32, was pronounced dead by paramedics on December 11.

Bull's wife discovered him and "thought he had been attacked," as he suffered severe burns to his chest, arm and hand.

He is believed to have plugged the charger into an extension cord from a nearby hallway and placed the phone on his chest while using it in the bath.

Bull was reportedly getting ready to meet with relatives later that day to exchange Christmas presents.

Following this tragic incident, a coroner at the West London Coroner's Court was urged to issue a warning about using cell phones near water.

These seem like innocuous devices but can be as dangerous as a hairdryer in a bathroom. They should attach warnings. I intend to write a report later to the makers of the phone.

Bull, who was from Ealing in west London, went to Lutterworth Grammar School and studied business management at Aston University.

As an avid rugby player, the 32-year-old captained the Old Actonians RFC in London.

I worry so many people, and especially teenagers who can't be separated from their phones, don't know how dangerous it is.

We can all be careless at times.  You don't think there is enough electricity to do this, but there is. It was such a needless and tragic accident.

A devastated friend and rugby teammate wrote a touching tribute for his friend:

Richard was a personal friend of mine, and was a pleasure to play both against and with. He would play in any position without giving it a second thought.

Bull's untimely death serves as another reminder that there is nothing on your phone worth your entire life.

Take that half hour in the shower or tub to detach from your technology. Your phone will always be waiting for you when you come out.

Citations: Man, 32, electrocutes himself to death by charging his iPhone in the bath using an extension cable from the hall outside (MailOnline), IPHONE SHOCK DEATH Man dies after charging iPhone while lying in a bath with the mobile resting on his chest (The Sun)