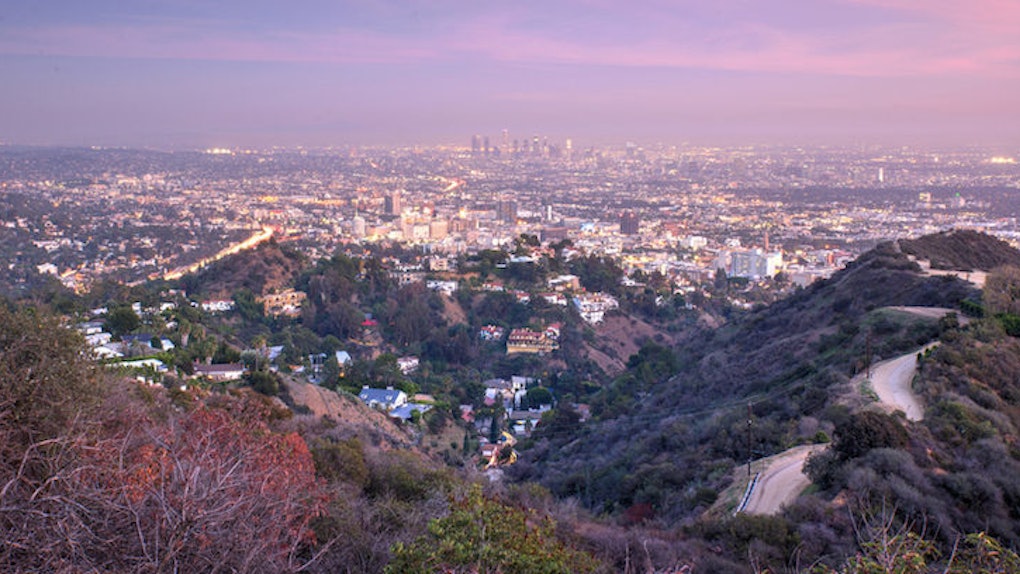 Don't freak out, Los Angeles, but we have some bad news to share. Straight from the office of LA Councilman David Ryu, an announcement on Wednesday confirmed the temporary closing of one of the city's most famed hiking trails, Runyon Canyon.

Although "temporary" generally takes on a comforting connotation, in this case, it's a bit longer than expected. Runyon Canyon's hiking trails will be closed to the public for the entirety of spring, aka the most pleasant season of the year.

According to Estevan Montemayor, director of communications for Councilman Ryu, the commissioners of the Department of Recreation and Parks collectively decided by vote to close down the park to visitors while they repaire a 100-year-old water pipe that lies beneath the trail.

The pipe, which acts as a source of water to Los Angeles residents and fire departments, has sustained several leaks along its mile-long stretch since December. During the holiday season, another old pipe burst along the Hollywood Hills and residents experienced a mudslide, which incurred extensive damage.

The Runyon Canyon Park yoga field will remain open throughout the construction project. However, the hiking trails and all other areas will be closed to the public. ... It's a public safety concern. There's no doubt it needs to be repaired.

The project will span four months from April 1 to July 1. Officials anticipate reopening the park in its entirety at the start of the summer season.

So, what does this mean for Los Angeles residents? It's time for a change of scenery. Runyon Canyon is one of the most overpopulated, touristy attractions in the heart of Los Angeles and its trails are well-worn, but there are several other landmarks of high altitude calling your name this coming season.

Aside from the obvious Griffith Park Observatory and hiking trails, here are a few hidden destinations where you can get your hike on.