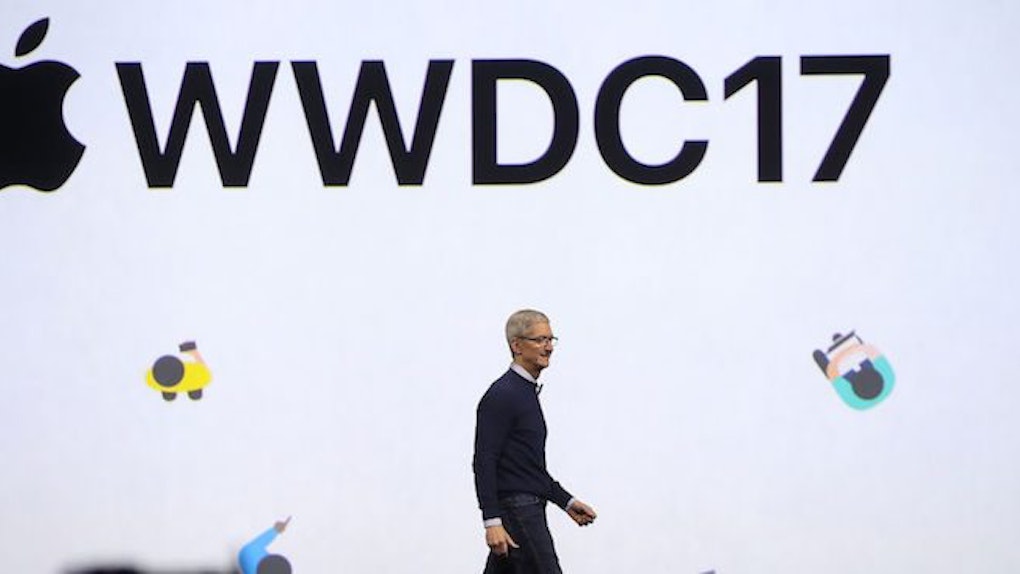 Apple announced the new upcoming iOS 11 at their WWDC conference in San Jose, California on Monday, and it's got a new feature that'll be especially useful for those who want to keep some texts super private.

What they're doing with their new operating system (i.e. OS) is putting iMessage on iCloud, according to The Verge. That sounds like a lot of iDontGetWhyThatMatters, so let's break down what that actually means.

Basically, what that means is that you can sign onto any device -- like a computer or iPad -- and have all your texts from your iPhone right there.

A lot of people (self included) already use the Messages app on devices-that-are-not-iPhones to have messages accessible, so this may not sound like a major development.

Think about the implications of that for a minute.

Let's say you're a jerkface cheating on your S.O. You get a text from your sidepiece, and obviously you don't want your S.O. to see it, so you delete it on your iPhone.

But, pre-iOS 11, that damning text would still exist on your Mac.

With this update, however, the evidence is gone across all your connected devices.

There's actually real-world stories to back up the need for this feature...if you're a cheater.

Back in April, former Alabama Governor Robert Bentley got caught up in a scandal after it was revealed he was allegedly cheating on his wife with a former staffer.

A report was released that detailed the alleged affair. Bentley's wife allegedly knew about the affair because Apple didn't have this deletion syncing feature. The report explains,

It's kinda easy to imagine Apple execs seeing this story and being like, "Oh sh*t, we should probably do something about that."

Of course, there are reasons besides cheating why you'd want your iMessages totally synced.

Maybe you're a really good S.O. planning a surprise party! Maybe you're sexting and don't want all of that on your work computer!

Maybe you, like me, have texts auto-delete after 30 days to save storage space -- messages can secretly take up a ton of storage on your phone and computer.

So it's definitely a useful feature...but, unfortunately, iOS 11 won't hit your iPhone till the fall.