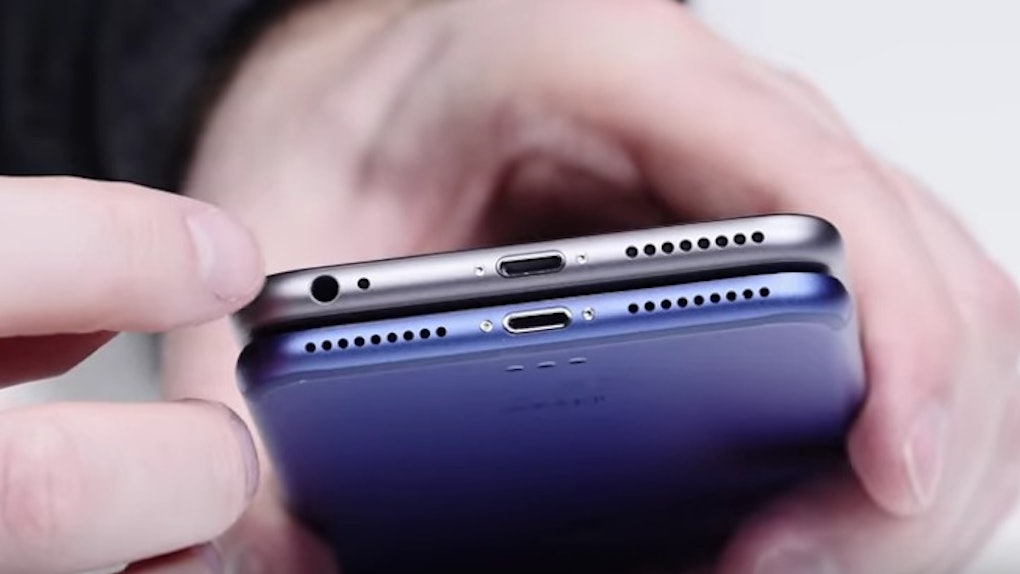 A huge question mark still hangs over one major change to the iPhone 7 with just weeks until its launch.

Rumors surrounding the loss of the next generation's headphone jack seem pretty firmed up. It looks like you'll have to use wireless headphones or enjoy dongle life instead.

But what remains a mystery is what the jack will be replaced with.

Leaked documents and designs of the iPhone 7 show a second row of holes in the area where the jack used to be.

Sketchy blueprints, which French website NOWHEREELSE claims date back to March this year and are currently circulating on social media in China, appear to confirm the second row of holes.

Many think the jack could be replaced with another speaker.

But in an accompanying document, a key appears to label the holes as "microphone."

When you marry up B1 and B4 on the design document, the key reads "Mic 1" and "Microphone 1 mesh."

Here they are side by side:

Industry experts recently had a dummy model made based on rumors of how the new phone will look.

The guys over at YouTube channel Unbox Theory think the new model will be called the iPhone 7 Plus.

Here are a couple of other noticeable changes to anticipate:

You'll notice three round dots on the back.

The experts believe this is a wireless interface to connect with headphones, chargers and speakers.

If there's a new iPhone, there's usually a new color. One of the rumored colors for the latest model is this awesome blue hue. We like.

There's also going to be a larger camera, and the shape should be a little thinner than previous models.

The rest will have to wait until the grand unveiling (you have to keep SOME things a surprise).

The iPhone 7 is rumored to be released on September 16.