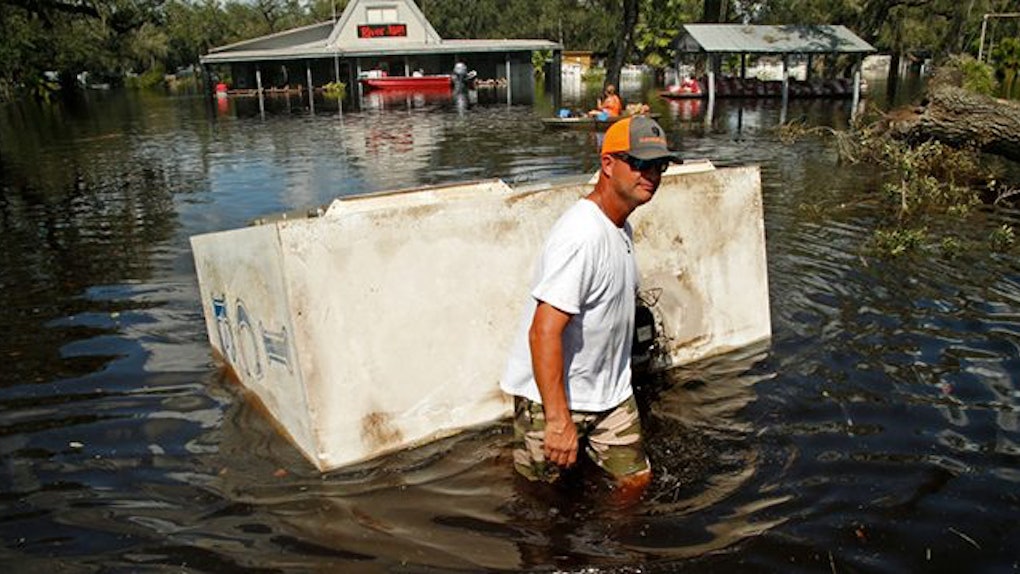 According to the Federal Emergency Management Agency (FEMA), up to 65 percent of homes in the Florida Keys suffered "major" damage as a result of Hurricane Irma. Even worse, up to a quarter of those homes were destroyed, the agency also said. And if there is any doubt to the veracity of those claims, photos of the Florida Keys after Hurricane Irma passed through the chain of islands should speak for their selves.

Simply put, the worst of the images show devastation.

My heart goes out to people in the Keys. I mean, it's -- there's devastation. I know for our entire state, but especially for the keys, it's going to be a long road. There's a lot of damage.

The damage sustained by the Florida Keys highlight the impact Irma had on the state as a whole. The storm has caused a loss of electricity to over 4 million people and resulted in at least 17 deaths.

FEMA also estimated that 90 percent of homes suffered some damage as a result of Hurricane Irma. Brock Long, an administrator from the agency told reporters,

Basically, every house in the Keys was impacted some way.

Here are a number of images that show exactly what that impact looks like:

Despite Gov. Scott's sentiments, FEMA's estimates, and the footage that implies the worst for the Florida Keys, at least one local official has said that the damage is not that bad and pushed back against the narrative of devastation that the early estimates indicate.

Things look real damaged from the air, but when you clear the trees and all the debris, it's not much damage to the houses.

One of those members, Mickey Hohol, told the paper,

St. Thomas looked like a bomb went off. But most of the buildings (in the Keys) were still standing. It seems that the infrastructure and the homes were really hurricane proof. I was really surprised.

Experts say Irma could have done worse to Florida.

The suggestion that Irma's damage on the ground looks less terrible than expected lines up with recent analysis from meteorologists, who detailed how the storm (though still having a bad effect on many people) turned out to cause less damage than first feared.

In the video below, CNN's Chad Meyers explains that Irma took a path that saw the storm weaken while passing by Cuba and then travel along a route that missed direct hits in big cities:

Rick Luettich, director of the University of North Carolina's Institute of Marine Sciences, backed up the idea that Irma spared Florida its worst. He told the New York Times,

The west coast of Florida still has plenty of disasters that are waiting to happen. This was really a best-case scenario, from a track perspective, for a storm this strong.

Before the storm hit the Florida Keys, there were fears that Irma was on a "worst case scenario" path towards the Sunshine State, and meteorologists asserted that only an unexpected shift in course would change how much of an impact was projected.

Irma ended up traveling through mainland Florida as a Category 3 and Category 2 storm, after first hitting the Keys at Category 4 strength.

Now, in the aftermath of the storm's landing, photos from the Keys show the results of that strength, which in some cases meant devastation for homes, albeit less than some might have expected.