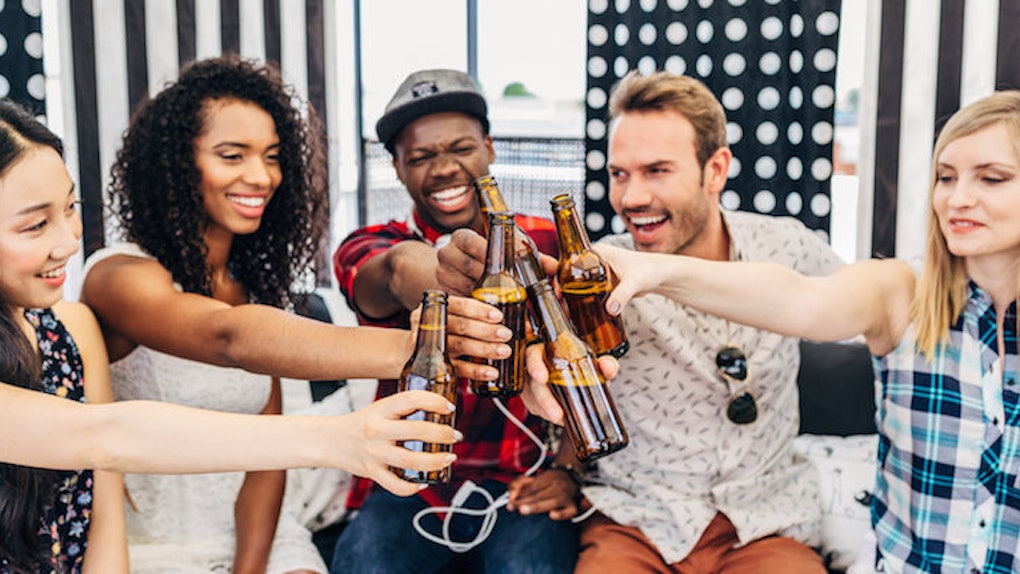 Hangover-Free Beer Is Now A Thing

Oftentimes, I find my life is a constant struggle between wanting to turn up and not wanting to feel like shit the next day.

Seriously: Once you hit the age of 24, those two-day hangovers really start to creep up on you. I have to say they're pure misery.

In fact, my hangovers have gotten so bad, sometimes, I even wonder whether going out is worth feeling like death the next day.

Obviously, going out always wins. So, as a result, I always end up regretting my decision once I wake up with a pounding headache the next day.

But what if there was a way you could prevent those pesky hangovers once and for all?

A while ago, we showed you an epic invention that lessened the blow of your wine hangovers with the simple wave of a wand.

If you thought that magical wine wand was the best damn thing that ever happened to you, you'll be glad to know there's another alcoholic innovation that's on a mission to rid the world of hangovers.

Beer hangovers, to be exact.

That's right: A Dutch beer maker named Thomas Gesink allegedly figured out how to make hangover-free beer. It will get you drunk with zero next-day consequences.

As of right now, Gesink is keeping his almighty recipe a secret, in order to ensure no other breweries steal his secret formula.

Because let's be real: If this hangover-free beer is actually legit, Gesink is going to be a bajillionaire.

However, Gesink has revealed a little about his beer in order to give us all an idea of how it works.

Apparently, Gesink's journey to greatness began when Amsterdam based De Prael brewery set out to create a boozy beverage that gave less of a hangover.

It's a pilsner-style beer with 4.5 percent alcohol, but we researched what we needed to add to make for a lighter hangover the next day.

This brew is also loaded with a bunch of hangover reducing ingredients, such as Vitamin B12, sea salt to prevent dehydration, ginger to ward off illness and willow fibers, which are known to have a cleansing effect on the body.

Although this combination of ingredients might sound weird AF, it doesn't seem to affect the taste of the beer.

In fact, according to one customer, "It is malty, delicious. Different from a normal larger beer – it has much more character."

So, this leaves us with the real question: Does this hangover-free beer actually work?

Gesink claims you can drink about four or five of these bad boys and not feel like shit the next day.

However, the beer still contains alcohol. So, you can't expect to knock back half your body weight in booze without suffering the symptoms of a hangover.

If you're looking to test this miraculous beer out for yourself, you'll need to pack a bag and head to the airport. Unfortunately, you can only score a draft pint of this beer at De Prael brewery in Amsterdam at the moment.

But, hey: If you ask me, sitting on a plane for eight hours sounds way better than sitting in bed all day with a hangover.

Citations: Attention: Someone claims to have finally made hangover-free beer (Metro.Co.Uk)