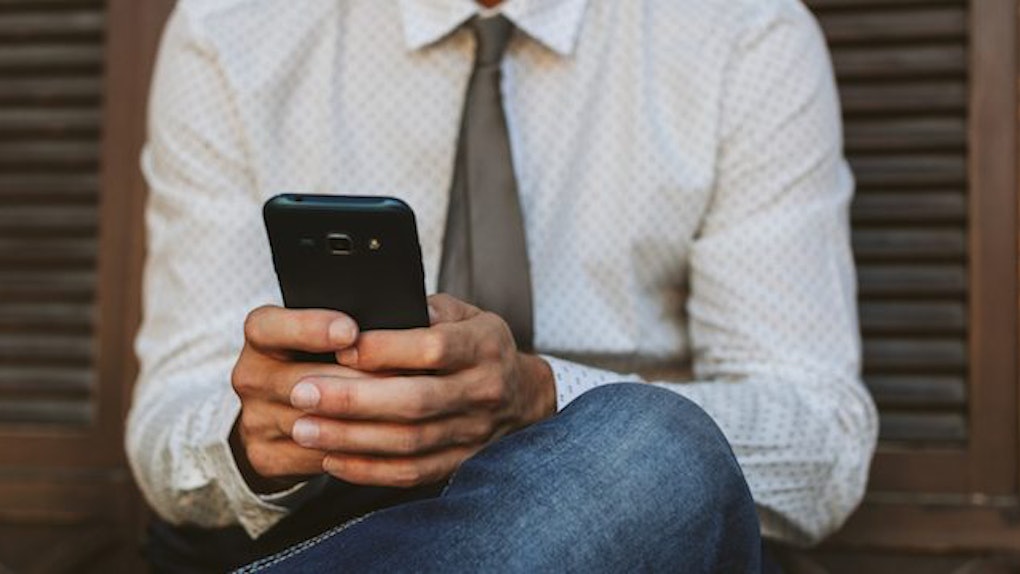 Mark Gregory Sent Nude Photos Of Ex-GF To Her Mother

A bitter man who sent explicit photos of his ex-girlfriend to her own MOTHER was recently sentenced to do community service for 18 months.

36-year-old Mark Gregory allegedly threatened to send his ex's naked pics around to friends if she continued to refuse to let him stay at her apartment or answer his messages.

Uh, yeah, I wouldn't want a psychopath to stay over at my house either.

However, when the woman ignored Gregory, he took things a step further and sent the nude photos right to her mom.

According to authorities, Gregory's ex-GF and her poor mother were deeply upset over his violating actions and called the police right away.

And apparently, Gregory had a history of acting this way.

Prosecutor Lynne Russell said that even though Gregory and his ex-girlfriend had remained friendly after things ended, he tended to become "abusive" and "threatening" whenever they had an argument.

On May 11, 2016, the defendant became abusive. He claimed she was going out with other people and he said he was going to send pictures of her to her to other people. The pictures were of a sexual nature, which she had sent to the defendant in the past or they had taken together during the course of their relationship. All the pictures were private in nature. She stopped replying but the texts continued.

One of Gregory's texts even read, "Answer me halfwit, or I will send the pictures."

Unfortunately, the victim claimed Gregory's actions "greatly affected" her relationship with her mother, and things are "not the same."

The woman's mother even said, "I immediately felt sick and every time I think about it, I begin to cry."

In court, Gregory admitted to one count of "disclosing private photographs with intent to cause distress," and a judge ordered him to do 60 hours of unpaid community service.

Hopefully, he'll get his ~real~ punishment and never be able to score a girlfriend ever again.

When you violate someone's trust like that, it always comes back around way worse. Can't wait to see what awful things are in store for Gregory.

Citations: Bitter ex-boyfriend, 36, sent sexual photos of his former partner to her MOTHER after she ignored his messages and phone calls (MailOnline)