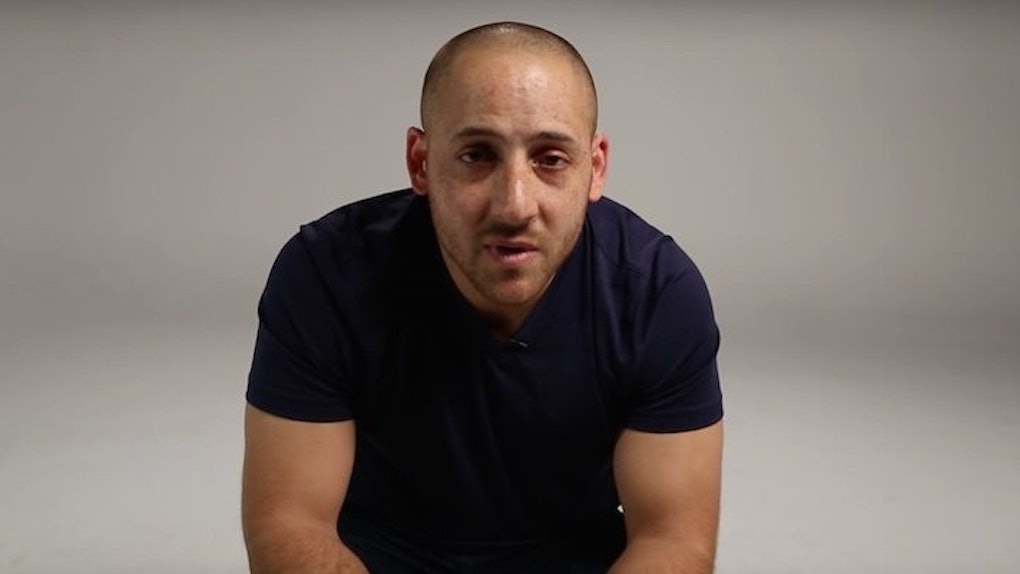 Kevin Hines is reportedly among the less than 1 percent of people who survived jumping off the Golden Gate Bridge.

Hines suffers from bipolar disorder, paranoia and hallucinations, resulting in him being transferred to several different homes as a child.

Growing up, Hines was convinced the world was out to get him and he was a burden to those he cared about.

So at the age of 19, he went to the Golden Gate Bridge and became one of the approximately 2,000 people who jumped off.

He says he regretted the decision almost immediately after his body was in motion.

But, Hines survived the 25-story fall and soon learned, despite what his brain told him, he was surrounded by love and did not have to fight his battle alone.

Hines since dedicated himself to reminding those who contemplate suicide or deal with similar mental illnesses a strong support network is the key to recovery.

If you are contemplating suicide, you can speak to someone right now through online prevention service IMAlive or by calling the National Suicide Prevention Lifeline at 1-800-273-8255.

Citations: This Guy Jumped Off The Golden Gate Bridge And Survived To Tell His Story (BuzzFeed)