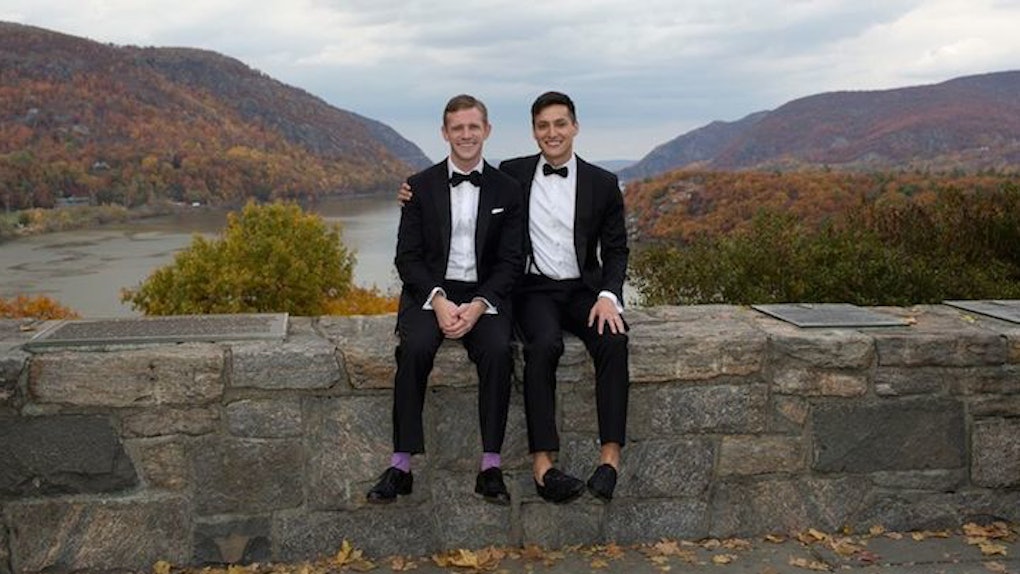 A hate crime in New York ended with an attacker being beaten to the ground after yelling homophobic remarks and assaulting the first male gay couple to marry at West Point.

Daniel Lennox-Choate and Larry Lennox-Choate III were shopping in SoHo when a 40-year-old man reportedly approached them, started yelling homophobic insults at them and then punched Daniel in the face.

In response, Larry allegedly beat the tar out of this random d-bag for touching his man.

It's hard to believe that in 2015 we would have to deal with anti-gay hate crimes in soho of all places but that's what... Posted by Larry Lennox-Choate III on Sunday, August 2, 2015

In the post, Larry expressed how he feared others who may not be able to defend themselves would be subject to hate crimes like this.

We refuse to be victims and are thankful we can defend ourselves, but are saddened by the fact that idiots like this guy might not pick two guys who went through Plebe Boxing next time.

Larry and Daniel married in front of 20 guests at the United States Military Academy at West Point in 2013.

In 2012 -- more than a year after New York legalized gay marriage -- West Point OK'd a wedding between two females.

The Choate-Lennox union was the first wedding ceremony at the military academy to involve two male members.

Both Larry and Daniel graduated from West Point, and Daniel also received his master's in business administration from Harvard University.

Hopefully, there will come a day (and, hopefully, that day is tomorrow) when gay couples are no longer put in situations like this.

Citations: Gay couple who were the first to marry at West Point are attacked in Soho bodega hate crime but send their attacker packing with his tail between his legs (Daily Mail)