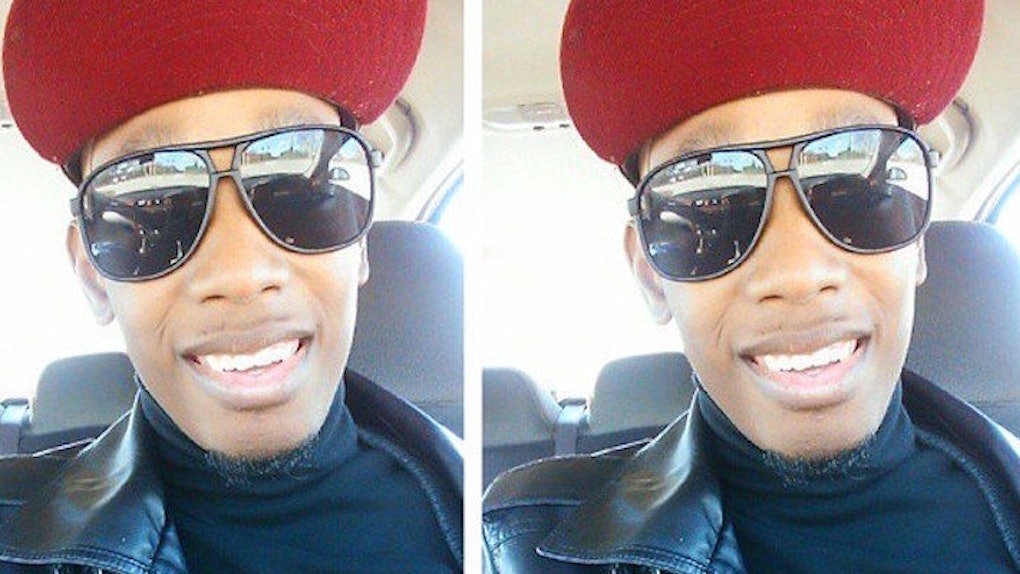 If you're planning on wearing colored contacts for Halloween tonight, you may want to reconsider, especially if you haven't been given the go-ahead by an eye doctor.

In 2010, a South Carolina teen named Julian Hamlin bought a pair of colored contacts from a gas station for $15.

Because the lenses were available without a prescription, Hamlin never consulted his eye doctor. He wore them nearly every day for two years, taking care to disinfect them each night and replace them every month.

But one morning in March 2012, Hamlin woke up with a severe eye infection.

It was so out [of] the blue…I just woke up and my eye felt weird, so I went to the doctor, but he thought it was pinkeye.

It wasn't pinkeye: The colored contacts that Hamlin had been wearing had caused an infection and given him a corneal ulcer, or a sore in the eye's lining. Three days later, he was in the hospital — and he was partially blind.

An increase in eye pressure caused by the infection turned into glaucoma, a treatable but incurable disease that often results in complete blindness. In the three years since, Hamlin has had to undergo 15 separate surgeries, seven of which were corneal transplants.

Now 23 years old, Hamlin has medical bills topping $250,000 and is partially blind in his left eye. He has to wear an eyepatch or dark sunglasses at all times due to an increased sensitivity in his left eye, and has to spend the rest of his life taking medication for his glaucoma.

My left eye is completely blurry; its been a big transition. I've had to miss so many days of work, and I can't lift anything over 25 pounds because it increases the pressure in my eyes, so I'm limited in my jobs. It's very hard to wear an eyepatch in public… It took my family three months to get me out of the house, because people can be so cruel and disrespectful about it.

He hopes his story will encourage others to be extremely cautious when choosing contacts, especially if they're not for vision correction.

The American Academy of Ophthalmology suggests only wearing contacts that have been approved by an eye doctor and to always follow proper cleaning and disposal procedures.

Additionally, only wear lenses that have been approved by the FDA, as non-approved costume contacts have been found in studies to have traces of chlorine and toxic dyes, both of which can cause permanent vision loss.

Bottom line: If you don't need corrective lenses to see, don't screw up your vision with shitty colored contacts — because if you do, you may never get it back.