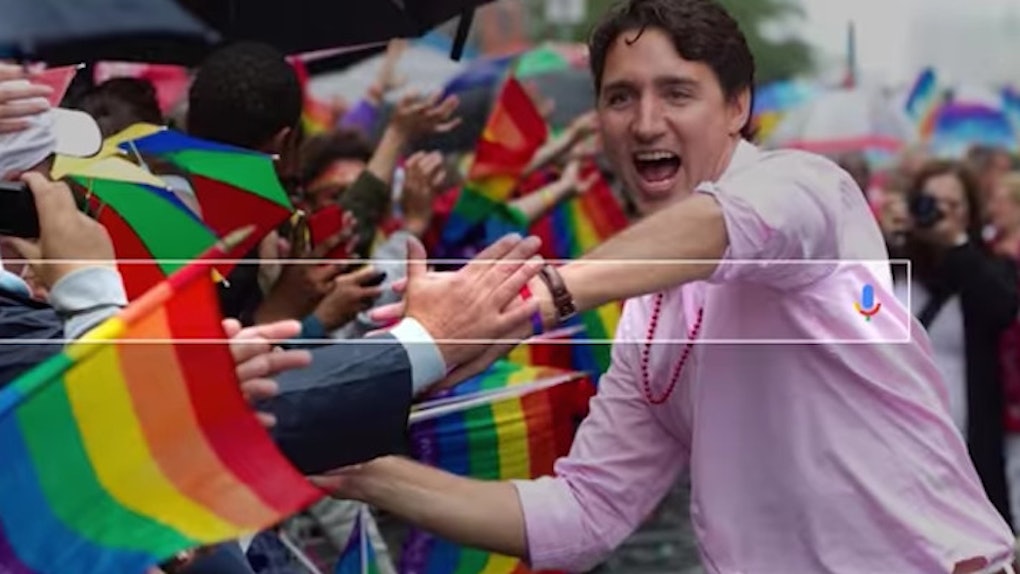 Google put out a "Year In Search" video to give us a nice recap of just how many things went terribly, catastrophically wrong in 2016.

The video set out to tell you things are actually OK, which is a ridiculous lie anyone who lived through 2016 -- and a lot of the people who didn't live through 2016 -- can easily debunk.

It starts by showing some things that are bad. That included Brexit, the American election showing the country's division, continued police shootings of black men and women, the Orlando Pulse nightclub shooting and ongoing violence in Syria.

Google then tries to make you feel like everything is actually all right by showing a black man holding up a peace sign wearing a "Free Hugs" shirt standing in front of a barricade of heavily armed police.

The video shows demonstrations of togetherness following the Pulse shooting and attacks in Belgium and France.

We get to hear Stephen Colbert talk about love, which mostly serves as a reminder that he has not regained his Comedy Central days glory and really only served this year to help normalize Donald Trump.

Then we see a big "REFUGEES WELCOME" sign, which would be very comforting were it not for the fact that America just elected a president who very much does not want to welcome refugees -- and meanwhile, as I type this, people are dying in Aleppo and according to Google search data itself, nobody gives a shit.

We see a bird land on Bernie Sanders's podium, which reminded me of that time Sanders supporters stormed out of the DNC and told me the popular vote is "baloney."

It was a nice omen of things to come -- from popular vote margins to conspiracy theories -- now that I think of it.

The video makes a quick reference to Hillary Clinton. Actually, it gives less airtime to Hillary than it did to Bernie, which is totally fine because it's not like one of them made history and won the popular vote in the primary and general election by about 3 million votes each.

After all, 2016 was the year of Clinton losing despite winning.

Ellen DeGeneres talks, which I'm chill with because she is eternally wonderful.

The Cubs win the World Series. The Warriors blow a 3-1 lead. Other memes show up onscreen.

Is this supposed to be making me feel good, Google?

Lin-Manuel Miranda won't shut up, and the video ends in protest because everything is still garbage, despite what the nice lady's song wants to make you feel.