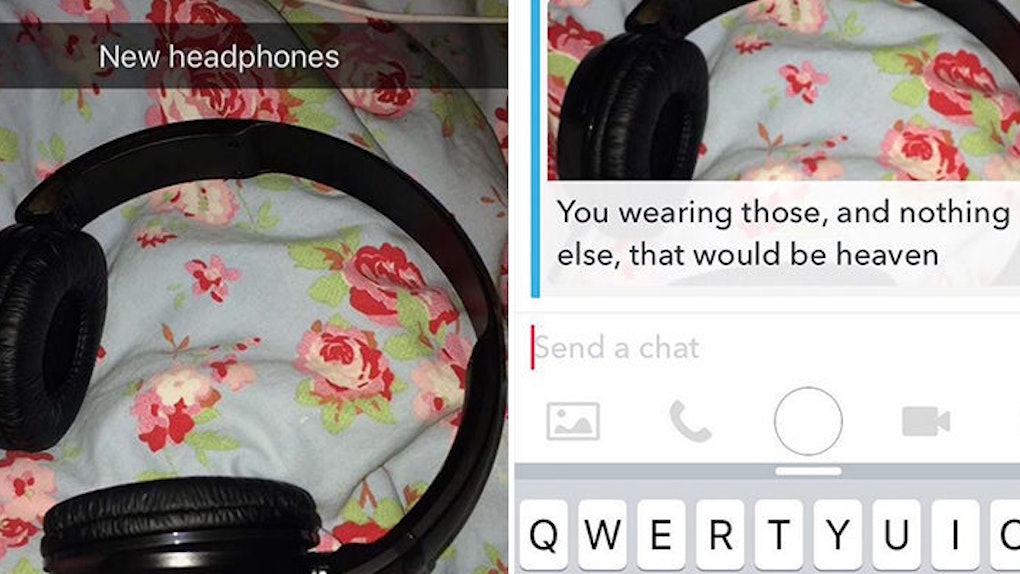 As a man on the internet, it's already a battleground. I can only imagine what it's like to be a woman online.

It is no great secret that many women are exposed to a near constant stream of unwanted sexually aggressive and degrading language.

Some of it can be described as “virtual catcalling,” where men mask their attempts to exert dominance over women under the umbrella of “compliments,” but these usually stem from the same impulse as the straightforwardly aggressive and often violent language that women are also exposed to online.

Often, as with regular catcalling, the woman in question will be blamed for the language hurled at her by people bringing up what she was wearing or — as is the case for the virtual realm — what sort of pictures she posts.

Despite the fact that the kind of photographs a woman posts online doesn't matter and isn't an invitation for some fucking guy she doesn't know to start sexting her, this narrative isn't even true.

The tweet included two photographs. One of a snap she posted of literally just a pair of new headphones.

And another of the response she received on said photograph.

Certain guys reading this might, at this point, be thinking to themselves things like, "Who cares? That's so not a big deal? She should fucking relax. I'm sad because the constraints of masculinity make it hard for me to express my true self."

But the thing is, for a woman on the internet, behavior like this happens perpetually. And, when this kind of stuff happens completely unsolicited (like when you post a picture of a device used to amplify sound for your ears), it piles up and is both extremely upsetting, and woefully under-remarked upon.