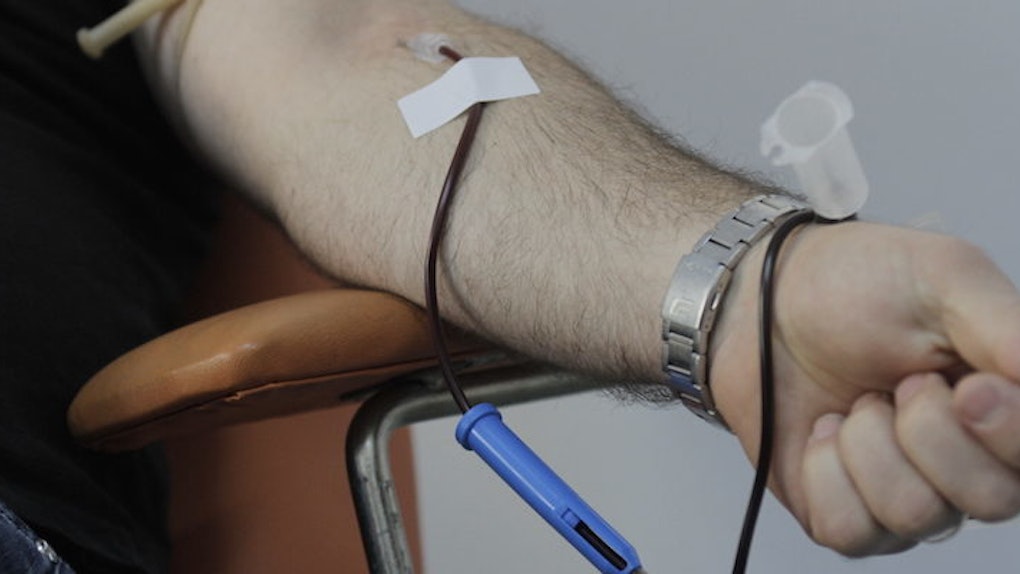 Homosexual Men Can Finally Donate Blood, But There's A Catch

Earlier this week, the Food and Drug Administration overturned the 32-year ban prohibiting gay and bisexual men from donating blood.

The new policy, however, is not without its stipulations, as donors are required to be abstinent for at least a year before giving blood.

According to the New York Times, a change in policy was first suggested in 2014, after gay-rights advocates denounced the lifetime ban as discriminatory.

The ban, which was instated in 1983 at the height of the AIDS epidemic, was designed to reduce accidental transmission of the disease. Little was known about HIV/AIDS or how it spread at the time, so the ban was primarily put in place to keep people safe.

The [ban]…falsely assumes that all gay men are HIV-positive regardless of their sexual behavior. At the same time, it allows heterosexuals to donate blood even if they have participated in risky sexual or drug-use behavior[s].

Algaze's statement refers to the FDA's acceptance of heterosexual female donors, even if they've had sex with an HIV-positive partner.

That said, all donors, regardless of sexual orientation and history, must complete an extensive questionnaire and submit to medical testing before giving blood. Because of this, many groups feel the required 12-month waiting period for gay donors is still "offensive" and "harmful."

The FDA's new policy may not be the huge step people had been hoping for, but it is a major step forward -- and a major victory for gay rights.

Head to the Red Cross to learn more.