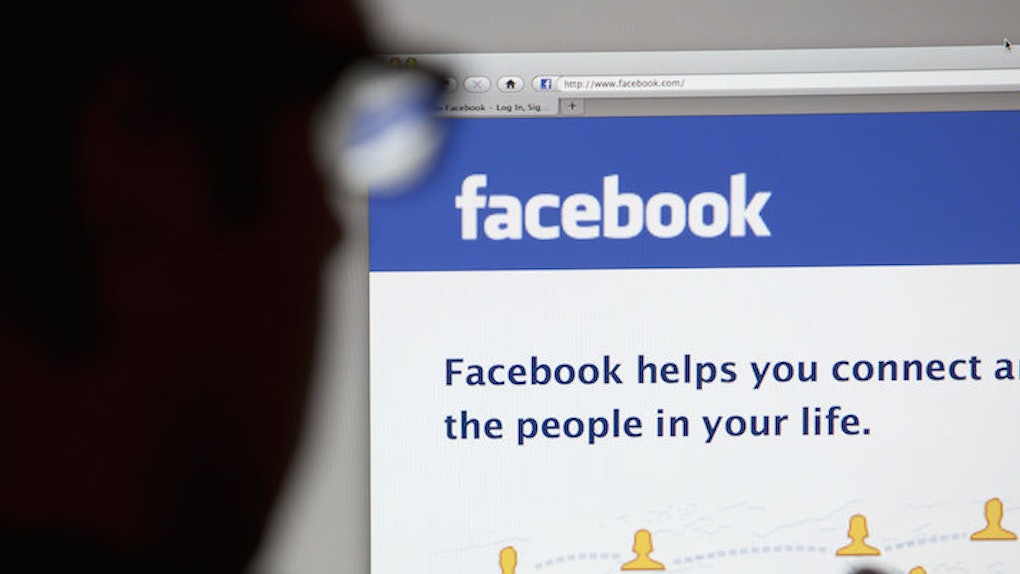 If you've ever felt a little paranoid about Facebook's massive influence over the news, it seems you're completely justified.

According to a former journalist who worked for Facebook, the company's workers "routinely suppressed" news stories pertaining to conservative topics from appearing on the "trending" news section. This included stories regarding the right-wing CPAC gathering, Mitt Romney, Rand Paul and other topics, Gizmodo reports.

The former Facebook worker, who asked to remain anonymous over fear of backlash from the company, said,

Depending on who was on shift, things would be blacklisted or trending. I'd come on shift and I'd discover that CPAC or Mitt Romney or Glenn Beck or popular conservative topics wouldn't be trending because either the curator didn't recognize the news topic or it was like they had a bias against Ted Cruz. I believe it had a chilling effect on conservative news.

Ironically, the story about Facebook's manipulation of the news showed up on the social media site's trending news section on Monday.

Other Facebook workers who dealt with the trending news section, who were referred to as "news curators," said they also artificially injected specific stories into the section, even if they weren't popular or trending.

What's more, Facebook workers reportedly avoided any stories related to the company itself (but not this one apparently).

This contradicts the social media site's claim that "Trending shows you topics that have recently become popular on Facebook."

Given there are 167 million Facebook users in the US alone, this is fairly disconcerting. Research also shows the number of Americans who get their news on Facebook or Twitter is continuing to rise, so social media has a major impact on how people stay informed.

If Facebook is deliberately tampering with what people see, this essentially means it's suppressing freedom of information.

Facebook released a statement regarding the Gizmodo story and the ensuing discussion, saying in part,

We take allegations of bias very seriously. Facebook is a platform for people and perspectives from across the political spectrum. Trending Topics shows you the popular topics and hashtags that are being talked about on Facebook. There are rigorous guidelines in place for the review team to ensure consistency and neutrality. These guidelines do not permit the suppression of political perspectives. Nor do they permit the prioritization of one viewpoint over another or one news outlet over another. These guidelines do not prohibit any news outlet from appearing in Trending Topics.

When it comes to media, nothing is ever absolutely immune from bias, because all media is produced and consumed by inherently opinionated creatures: human beings.

With such a huge network of users, the company arguably has an ethical obligation to keep its trending news section as objective as possible.