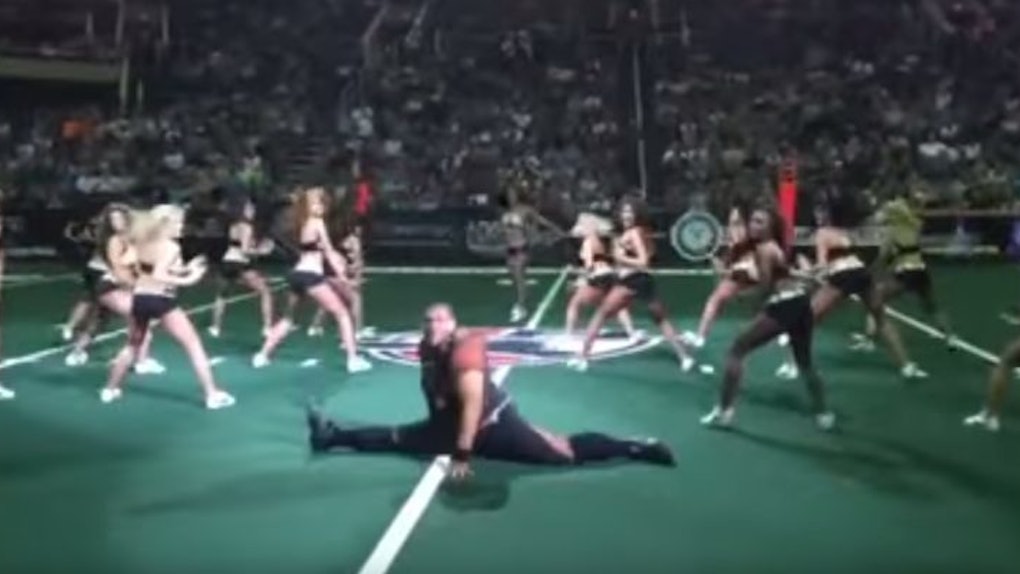 This guy is the exception (and I mean that in the best possible way).

During a recent Arizona Rattlers football game, a male dressed as a football player joined the team's cheerleaders, the Sidewinders, on the field toward the end of their routine.

In what appears to be an unplanned performance, he began dancing with the squad — and totally knocked the routine out of the park.

Complex notes the football player, wearing a number 75 jersey, is actually not listed on the Rattlers' roster, so it's possible he's a hired dancer simply made to look like a football player. Either way, he killed it showing up each and every one of the other cheerleaders on the squad.

A video of the yet-to-be-identified guy quickly went viral after the performance, and as soon as you watch you'll understand why.

Whoever you are, mystery man, we urge you to come forward and revel in the glory you deserve.

That, and keep doin' your thing -- even if it makes the rest of the squad look like amateurs.