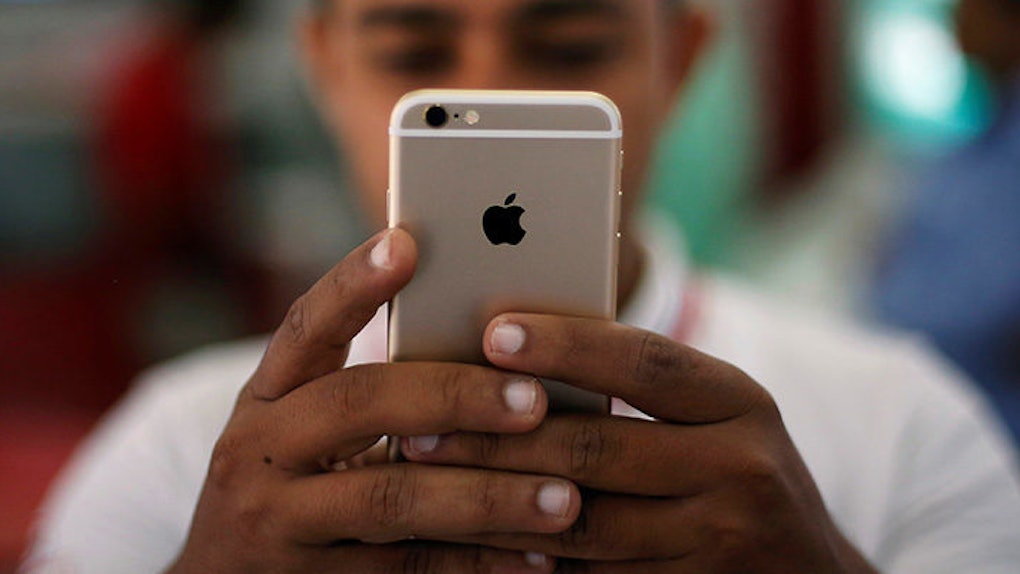 So, it turns out the iPhone 6 and iPhone 6 Plus models may have been rolled out with a defective chip that's causing "Touch Disease".

What does that mean, exactly? And how do I know if my iPhone is affected?

Woah, woah. One question at a time, children.

The faulty chip is being linked to unresponsive screens. And, yeah, if you have one of those models, it's very likely your iPhone is affected or has the potential to be.

According to micro soldering specialist Jessa Jones, who helps run an iPhone repair company, one of the biggest signs your phone has "Touch Disease" is a flashing gray bar at the top of your screen.

So, what's causing this?

In a YouTube video, Jessa explains that for some time, Apple has been using the same two integrated circuit chips to control touch function.

Previous models have seen the chips wrapped in a metal shield and protected by adhesive.

Here's what one of those shields looks like on an old iPhone 5s:

However, the newer models don't have either, according to Jessa.

Instead, the chips are covered only by a sticker. This is making them more vulnerable to damage, and the size of the iPhone 6 and iPhone 6 Plus models are putting greater stress on the chips.

Here's the sticker on an iPhone 6 Plus model's chip circuit board:

If you see the gray bar/your screen is unresponsive, it's likely this faulty chip is to blame and you'll have to replace it.

A team like Jessa's will replace the chip and put a protective shield on it that "maybe should have been there from the start."

Let's hope the problem is not inherited by the iPhone 7.