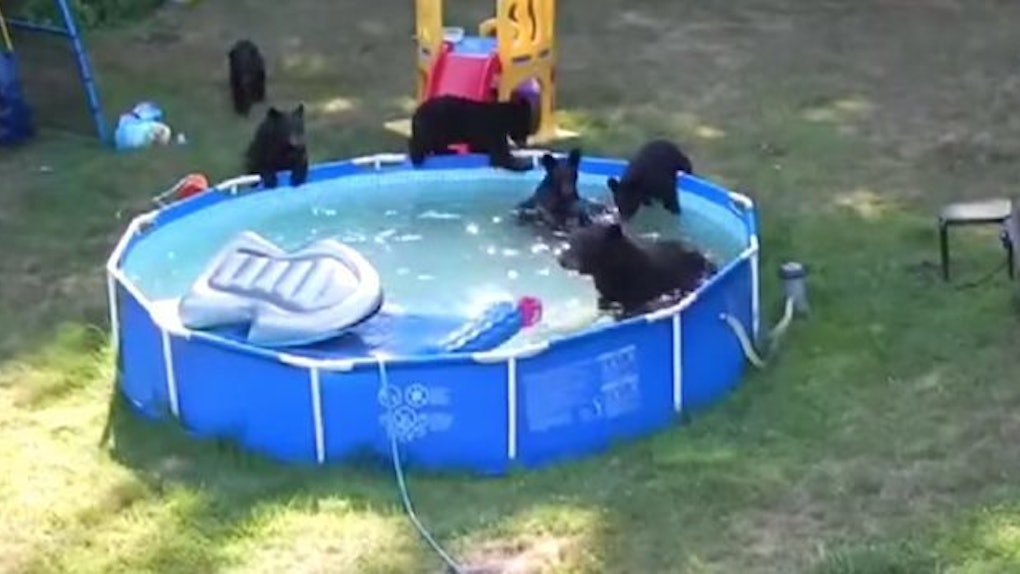 A little girl from New Jersey was infuriated when a family of bears commandeered the family's pool.

In footage posted to YouTube on August 20, the mother bear paddles around and tosses a big float out of the water while her five cubs repeatedly get in and out of the pool to play with the rest of the toys in the Rockaway backyard, Daily Mail reports.

One kid shouts, "They took my floatie," to a remarkably calm mother and father, who apparently chose to watch bears explore their yard for at least 11 minutes instead of calling animal control.

The father soon concludes the pool is "done" because the bears most likely poked holes in its bottom with their clawed feet.

I don't wanna buy a new pool! I like that pool!

The dad also worries the mother bear will break down the pool's sides when she exits the water, but she climbs in and out without trouble at least once.

The cubs chew on floaties, go down a toy slide, balance themselves on top of the pool's walls and even try out the swing set.

They notably avoid the trampoline, however, possibly out of fear of getting sucked into the mysterious black hole in its center.

Citations: Stunned children watch family of bears cool off in their paddling pool and destroy all their toys (Daily Mail)