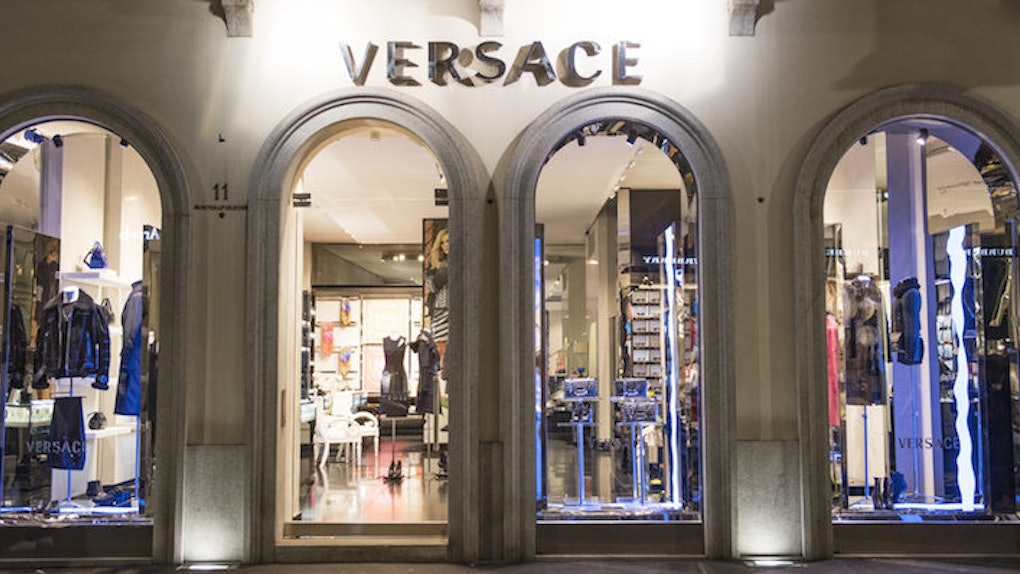 An ex-Versace employee is suing the company for its alleged discriminatory store policies, according to Complex.

Christopher Sampino, 23, says that while working at a Bay Area Versace store, he was trained to use a code word to alert fellow staff members of black costumers entering the location — presumably, to keep an eye on them.

The code word was, according to the lawsuit, "D410," which is Versace's official code for black-colored products, as Complex points out.

The lawsuit alleges that the management did not realize Christopher Sampino was black when they told him about this code word.

"You know that I'm African-American?" he supposedly asked his store manager, who was shocked by the news and has been accused of treating Sampino differently from the rest of the staff upon learning this.

Sampino claims that after this encounter, he was not allowed rest breaks, not given login information that employees use to access pay stubs and was was fired two weeks after he was hired, despite the fact that, as the lawsuit claims, he was an exemplary and hard-working employee.

He said that the managers told him the reason for his termination was that he doesn't "understand luxury” and doesn't “know the luxury life.”

According to TMZ, Sampino is suing the fashion brand for unpaid wages and damages.

Versace has responded to the lawsuit with this statement to Complex regarding the matter:

Versace believes strongly in equal opportunity, as an employer and a retailer. We do not tolerate discrimination on the basis of race, national origin or any other characteristic protected by our civil rights laws. We have denied the allegations in this suit, and we will not comment further concerning pending litigation.

Both Complex and TMZ have reported that Versace has filed a request to have this lawsuit dismissed.