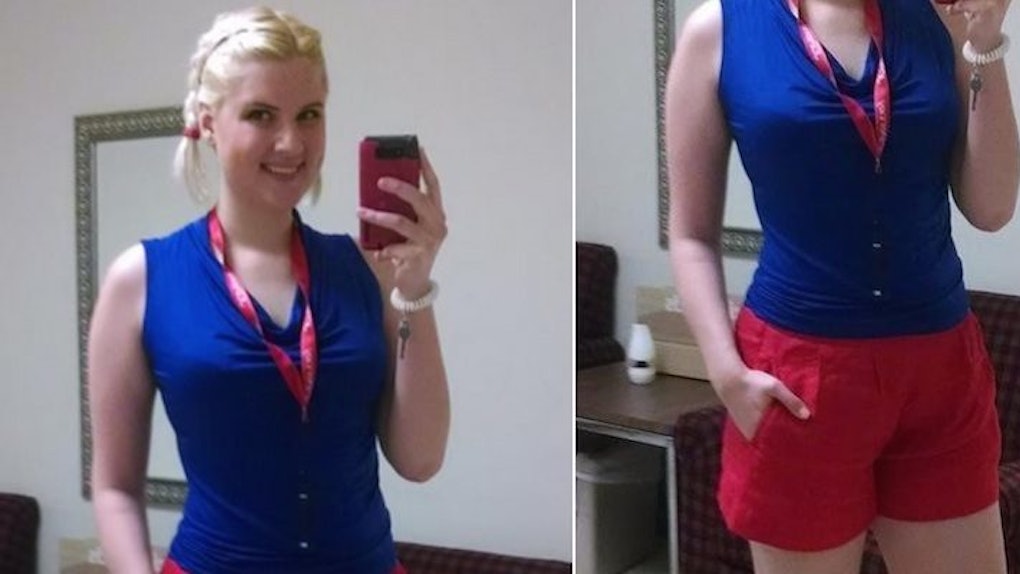 Another soldier joined the ranks of women fighting for fair dress codes this week when 17-year-old Sylva Stoel was sent home from her job at JCPenney for wearing shorts her boss deemed inappropriate.

Dress code infractions should, sometimes, be reprimanded in order to maintain a respectful work environment.

In Stoel's case, however, she purchased the shorts in question from the career department of the very JCPenney where she was employed.

Following the interaction, Stoel tweeted several pictures of herself in the “too revealing” outfit that earned her an unexpected day off.

Boss sent me home for wearing "too revealing" shorts that I bought from the store I work at in the career section. pic.twitter.com/vrAnN4beC2 — Sylva (@queenfeminist) July 24, 2015

The teenager claims, during her orientation for the job two weeks earlier, her boss mentioned short skirts and spaghetti straps were unwelcome but neglected to include shorts of any kind on the list.

JCPenney's dress code policy for store associates prohibits the wearing of shorts of any length. The policy applies to both male and female associates.

Citations: Employee Sent Home After Shorts From Her Own Store Deemed Too Revealing She Says (Huffington Post )