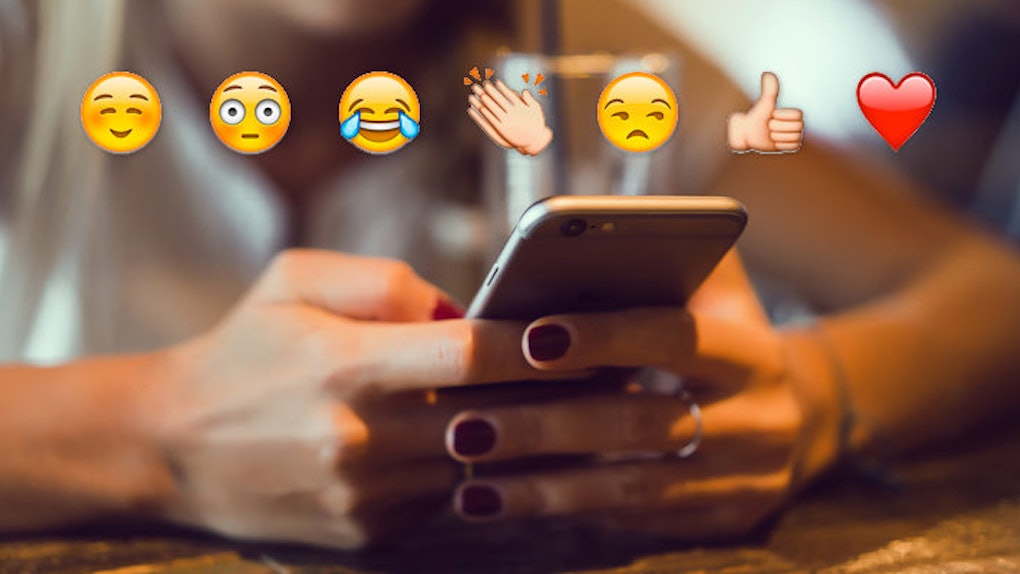 If you're an unemployed millennial with a knack for texting, I have some wonderful news for you.

An "Emoji Translator" job has finally opened up, so all the time you spent on your phone during college instead of actually studying is going to pay off.

Kudos, slackers! It's your time to shine.

All jokes aside, the position isn't exactly as effortless as it seems.

The role has been advertised by a company called Today Translations, a language firm based in London. Apparently, they're the first ones to post a listing for an "Emoji Translator/ Specialist" position, BBC reports.

According to the job listing, whoever gets the job will be responsible for reporting new emoji trends every month, and translating/ interpreting different meanings for emojis used worldwide.

The chosen employee will be paid per emoji or word, as well as an hourly wage while they research evolving emoji trends.

Apparently, they'll start freelance in 2017 with the possibility of becoming a full time employee.

It sounds like a pretty solid occupation, if you ask me.

Before the role was created, the head of Today Translations was apparently seeking someone to translate diaries into emojis, but admitted a software translator wouldn't cut it.

Alas, a human emoji translator was needed, so the job listing was posted.

In the technology-fueled world we live in, emojis have became their own "language," and a job dedicated to translating the little pictures on your keyboard isn't as bizarre as it seems.

In fact, it was reported last year that UK's fastest growing langue was "emoji."

The funny thing about emojis is their meanings vary worldwide and from person-to-person, which is a huge incentive for creating the "Emoji Translator" position.

For instance, BBC used examples of commonly used emojis that mean something different to Americans than say, people in China or Japan.

Apparently, in Japan, the pile of poop emoji means "good luck," and in China, the waving hand means "fuck you" (similar to the middle finger emoji we've grown used to).

So, let's try this out for ourselves, shall we?

If you were an emoji translator for Japan, China, or America, the following strip of emojis could mean a few different things:

OK. I can see how translating in different areas of the world could get a little confusing.

I'll stick with writing actual words and leave the emojis up to an expert.