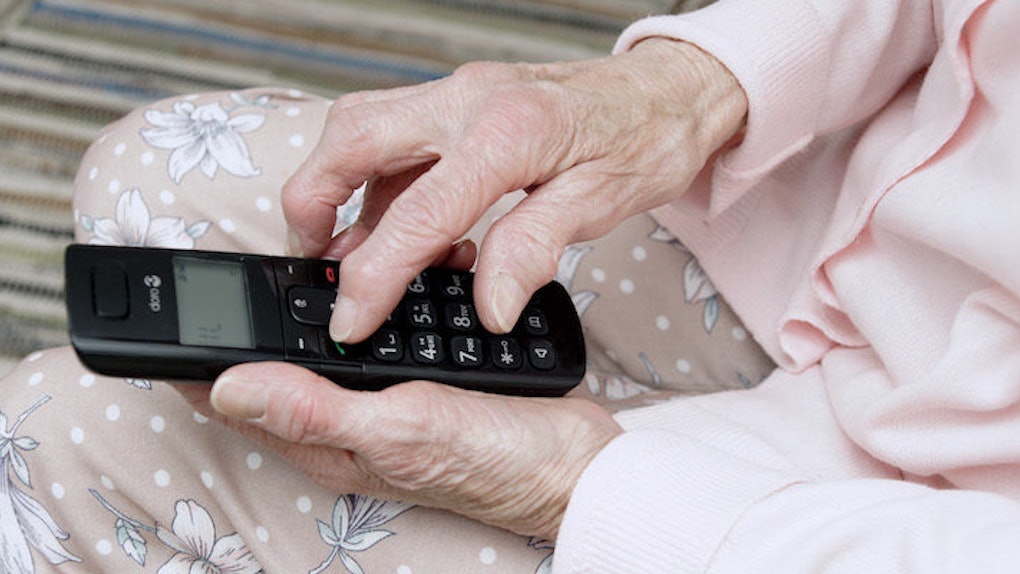 911 Call Elderly Woman Made After Rape By Husband Released

Police have released an upsetting audio clip of a 78-year-old woman who reported she was raped by her husband.

In the emergency phone call, made from somewhere in Somerset, England, the victim describes how he "forced himself" on her but is "scared" no one will believe her despite the incidents going on for "years."

The woman, whose identity has been disguised, is heard saying,

The incident that I want to complain about is the fact that, it amounts to, I suppose, I don't know how you'd classify it in the end, but it was a sexual attack on me. He forced himself on me. And, although I made it very clear that it wasn't acceptable, he became, I think, crazy is the word. His behavior alarmed me, and I think it really frightened me, because I really feel like he needs some sort of medical treatment.

She goes on to say, "I am absolutely petrified of him."

The operator calms her down and reassures the victim she believes her.

The distressing audio was released by Avon and Somerset police as part of a campaign to raise awareness about domestic abuse and show people it can happen to anyone.

As a society, we need to shift away from the misperception that domestic abuse only happens to women in unhappy marriages. We are not here to judge or criticise, we are here to protect those who need it. The message from us is simple – we will believe you.

Citations: Harrowing 999 call by 78-year-old woman whose husband tried to rape her (Metro)