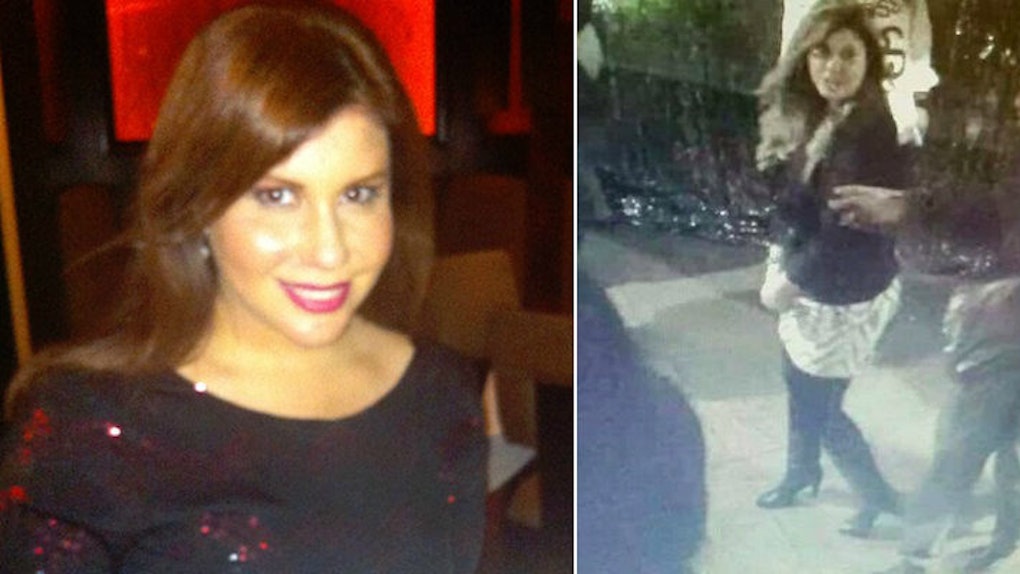 Lisa Marie Naegle, a former “Bridalplasty” contestant from 2010, was reported missing on Sunday after she did not return home to her husband after a night of partying.

On Tuesday, December 21, it was confirmed Naegle's naked body was found in a shallow grave of her nursing student's backyard in California, ABC7 reports.

Hours before her Rogers brutally murdered Naegle, an eerie photo was taken of the duo at the party they attended.

The harrowing photo obtained by TMZ was allegedly taken at 12:04 am on Sunday morning. Apparently, it was acquired through Alpine Village, the venue where the party took place.

About two hours later, the reality star and her student were caught on CCTV leaving the venue together. At 2:45 am, Naegle texted her husband to tell him she'd come home after getting a bite to eat.

After Naegle neglected to come home that night, her husband, Derek Harryman, became worried but thought she slept over her brother's home after the party and went to work straight from his house.

The alarm was raised by her family after she didn't arrive at West Los Angeles College in Culver City to teach on Sunday morning, and Harryman reported her missing.

Naegle's family then took the situation into their own hands on Monday night and invited Rogers into their home. They ended up calling the police when his story became suspicious.

Apparently, the family showed Rogers the CCTV footage of the two leaving the bar. He told police he did not leave with her, but the footage showed otherwise.

Since then, it's been reported the LAPD said the 34-year-old murderer told investigators to check his backyard for the missing woman. There, she was found naked and battered by a hammer in a shallow grave of his garden.

Detective Meghan Aguilar of LAPD confirmed Rogers is being detained for suspicion of murder and held on $2 million bail.