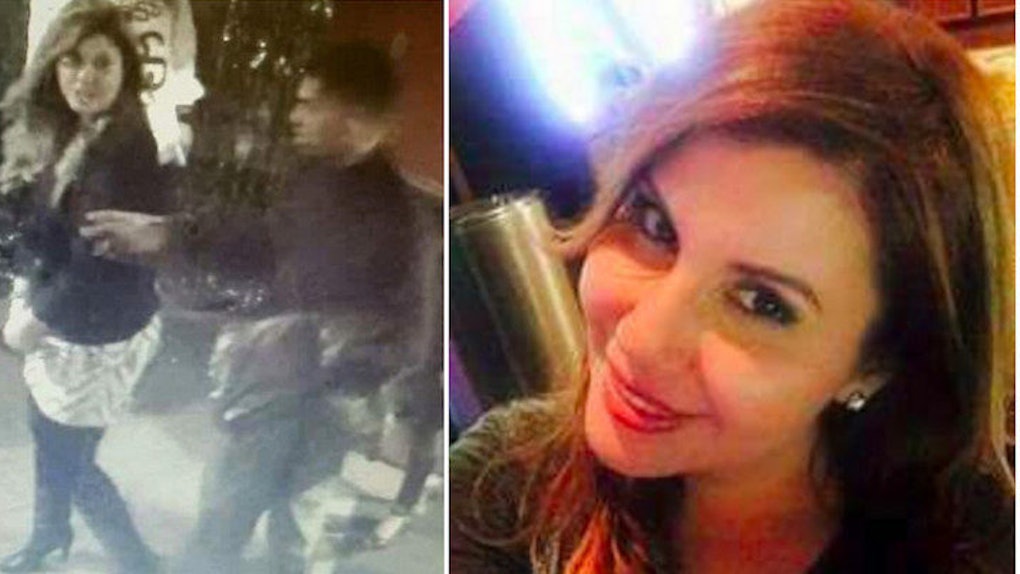 The body of former "Bridalplasty" contestant Lisa Marie Naegle has been found in a shallow grave in California.

One of her nursing students, Jackie Jerome Rogers, has confessed to killing the reality star after she went missing following a friend's birthday party in Alpine Village, Torrance on Saturday, reports ABC 7.

CCTV footage shows the couple leaving the party together before Naegle gets into his car.

Naegle texted her husband (pictured above) at around 2:45 am to tell him she was getting food before coming home.

But she never returned. Concern for her welfare grew when she didn't show up to teach her class at West Los Angeles College in Culver City on Sunday morning.

Family members took matters into their own hands. Naegle's sister confronted Rogers about her disappearance and the way he was acting raised the alarm.

Detective Meghan Aguilar, of the LAPD, told a press conference,

The information he has provided has led them to believe that Lisa has been murdered, and that her body is at Rogers' residence.

The 34-year-old reportedly confessed to LAPD officers he killed Naegle before dumping her body in a shallow grave in the garden of his home.

She was found on Tuesday evening naked and face down.

TMZ reports she suffered multiple blows to the head with a hammer. However, authorities have yet to reveal the official cause of death.

Rogers originally told police he had left a bar without Naegle, but CCTV disproved that.

The murder suspect had previously claimed the couple was having an affair.

We begged and pleaded that he'd come to our home to kind of give us details on what time, where were things, and when he left her, but while he was talking to us and telling us his story, multiple different times he said he absolutely did not go home with her, or did not take her home.

A cordon has been set up around the house while police continue to investigate the suspected murder.