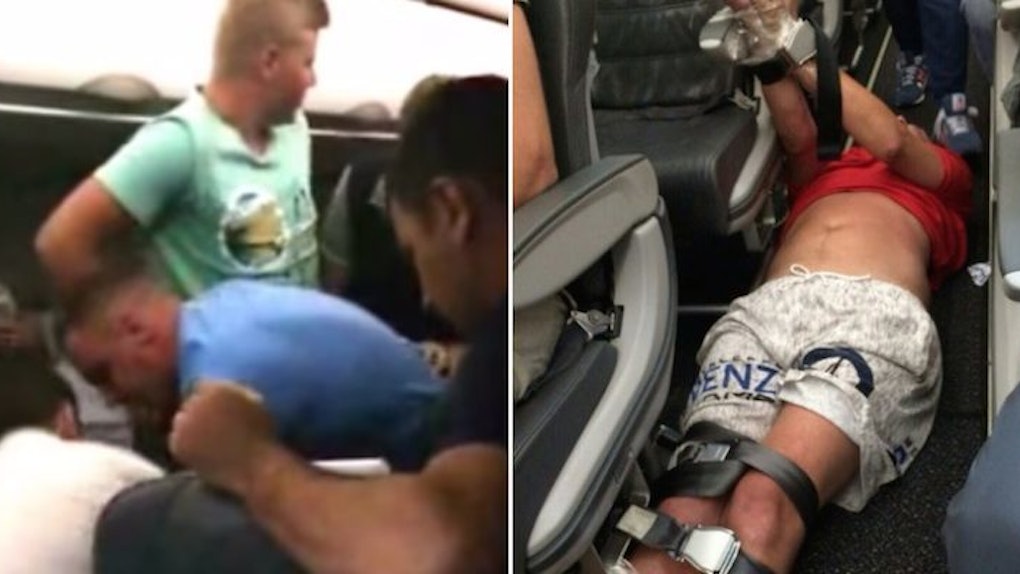 'Drunk' Passenger Gets Tied Up With Seatbelts After Incident On Flight

An airline passenger was tied up with seatbelts after going on a drunken tirade during a flight.

According to Mashable, the unnamed male was on a Siberia Airlines flight earlier this week from Hong Kong to Vladivostok, Russia.

The insults didn't stop until several passengers forced the man to the ground and rained down punches and kicks to teach him a lesson.

Then they tied him up with seat belts and tape for the remainder of the flight.

The passenger was reportedly detained by police after the plane landed.

Citations: Airline passenger tied up with seatbelts and tape after drunken outburst (Mashable)