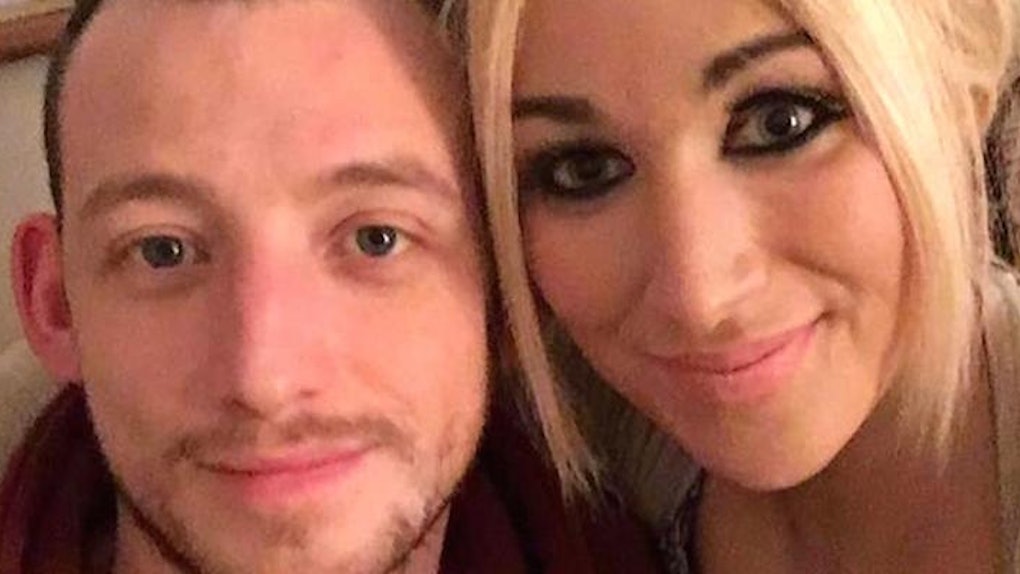 Drunk Groom Beats Bride After She Scolds His Bad Behavior

Getting married is supposed to be one of the happiest days of your life.

Therefore, it should come as no surprise that brides start to get all the feels while exchanging vows at the altar.

Yep, sobbing from the insurmountable emotions of happiness is totally normal on your wedding day.

However, it should go without saying that crying because your new husband beat you up on your wedding day is totally unacceptable.

It appears that one couple's happy ending came to an abrupt end when the drunk groom, Kevin Joseph McGrath, kicked beat his bride Melissa on their wedding night.

Allegedly, the groom kicked and punched his new wife in their bridal suite after she scolded him for throwing up on the floor.

It turns out that McGrath had started drinking on the morning of their wedding, and became so drunk that he blacked out after eating dinner at the reception.

After the newlywed couple returned to its suite at the White River House Hotel in Toomebridge, Co. Antrim, the intoxicated groom starting puking all over the floor, which led to the bride yelling at him for his drunken behavior.

This caused the groom to become angry and attack his new wife by kicking her, punching her and putting his hands around her throat.

As you can provably imagine, this caused Mrs. McGrath to feel "very scared." As a result, the police were called to the hotel.

Mrs. McGrath was taken to the hospital while her new husband remained passed out in the hotel room.

However, Mr. McGrath was woken up by the staff and asked to leave the premises after his wife reported the incident to the hotel.

The groom pleaded guilty to a charge of assault occasioning actual bodily harm.

During the court hearing at Antrim Magistrates' Court, Mr. McGrath claimed that he had "no memory" of events that happened after 8 pm that evening, and said that he did not know how his wife's injuries occurred.

Michael Ward of the defense told the court that the wedding should have been a "very special day," but instead, had turned into an evening of chaos.

Ward also stated that the Mr. McGarth was "stressed out" prior to the wedding, which was made worse on the day of the event due to things like the best man "taking himself elsewhere" and the wrong music being played at the wedding.

The defense then went on to explain that Mr. McGrath had started drinking alcohol at 10 am on the day of the wedding, which is why "He can't remember anything after the meal" and "after being kicked out he doesn't know how he got home."

Finally, Ward said that Mr. McGarth "has lost everything as a result of what happened" and is extremely remorseful for what happened on the night of the wedding.

According to Mirror, Mr. McGarth has not seen his wife — or daughter — since the incident back in October.

The judge, who referred to the incident as "extremely serious assault," ordered Mr. McGrath to be put on probation, complete 100 hours of community service and pay $375 compensation to Mrs. McGarth.

Citations: Drunken bridegroom kicked and punched his new wife in bridal suite on wedding night after she told him off for being sick on the floor (Daily Mail), Mirror