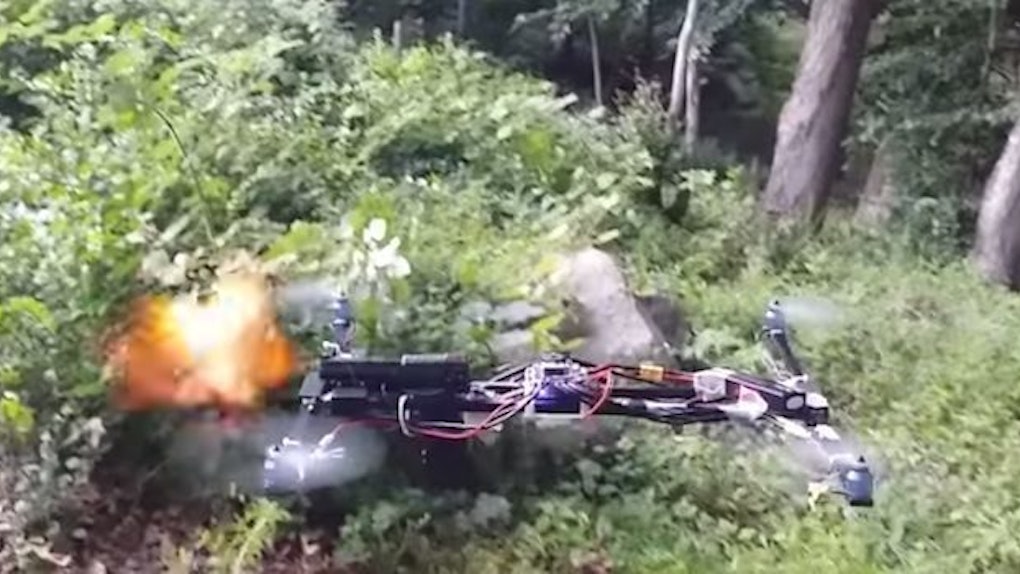 As if having guns in the hands of people isn't bad enough, homemade drones can now shoot handguns.

In a 15-second video shared on YouTube, a flying drone in the woods shoots a handgun four times.

The drone is a quadcopter, and although this footage hasn't been verified, the recoil that thwarts the drone backward appears to be the same as a real gun.

The user describes the drone as a "homemade multirotor with a semiautomatic handgun mounted on it” and notes “the length from the muzzle to the rear of the frame is over 26 [inches].”

TheHogwit YouTube channel is run by Austin Haughwout, whose drone use caused problems in the past.

In June 2014, a woman accused him of using a flying drone to take overhead photos of people sunbathing at a Connecticut beach.

She ended up attacking him and was charged with third-degree assault and sentenced to probation because he recorded the incident and posted it on his YouTube channel.

However, because there are laws in place by the Federal Aviation Administration that “prohibit weapons from being installed on a civil aircraft,” he could experience some legal trouble of his own.

Citations: A drone fires a handgun in this terrifying video (Mashable)