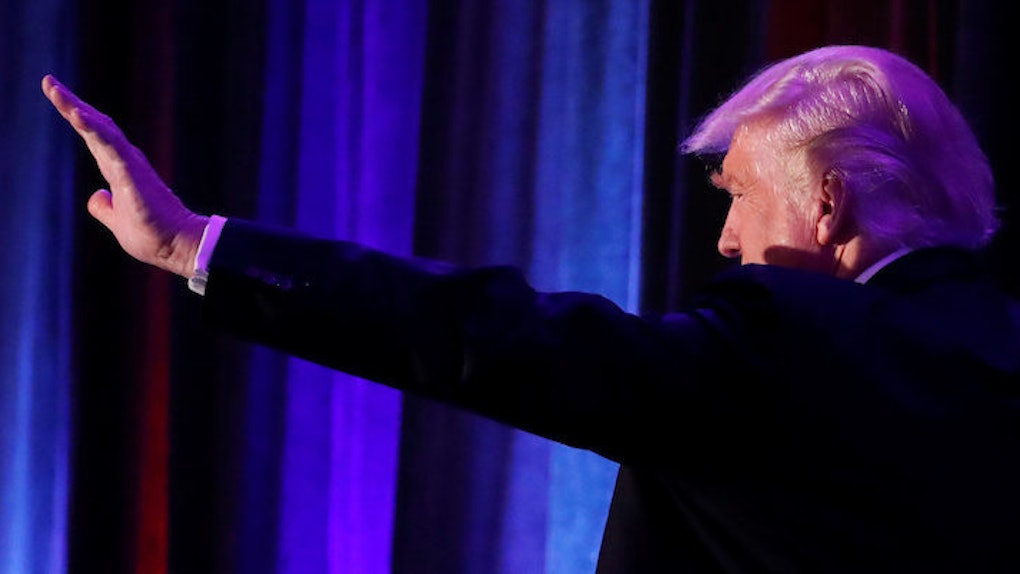 As you know, Donald Trump won the presidential election on November 9, 2016.

As you may not know, Kristallnacht took place throughout Germany and areas of the Sudetenland in Czechoslovakia on November 9, 1938 — exactly 78 years ago.

According to the United States Holocaust Memorial Museum, Kristallnacht, also known as "The Night of Broken Glass," has gone down in history as one of the most gruesome attacks on Germany's Jewish population by the Nazis.

It got its nickname from shattered glass that filled streets, homes and synagogs during the horrific two-day anti-Jewish attacks.

Apparently, the violence was prompted by the assassination of Ernst vom Rath, a German embassy official who was shot on November 7, 1938.

During Kristallnacht, 267 synagogs were destroyed, hundreds of men were sent to concentration camps and 91 Jews died, according to The Holocaust Explained.

It didn't take long for Twitter users to point out the irony of Donald Trump being elected on the anniversary of this particular Nazi demolition.

The points they've made are a little unsettling.

"This photo was taken today."

"Today is the anniversary of Kristallnacht."

"It could all happen here."

The photos are terrifying.

It is kind of ironic.

"Welcome to the American Kristallnacht."

"You can't make this stuff up."

Before you freak out, understand I'm not here to tell you Donald Trump is going to become the next Hitler.

I have way too much faith that America would never allow that to happen.

What I am doing is simply pointing out an ironic coincidence that many US citizens have already caught onto. The date is alarming, so why not acknowledge it?

Even if Hillary Clinton won the election, today would still be the 78th anniversary of Kristallnacht — that will never change.

As a country, we need to make sure history never, ever repeats itself.

We're off to a rocky start.