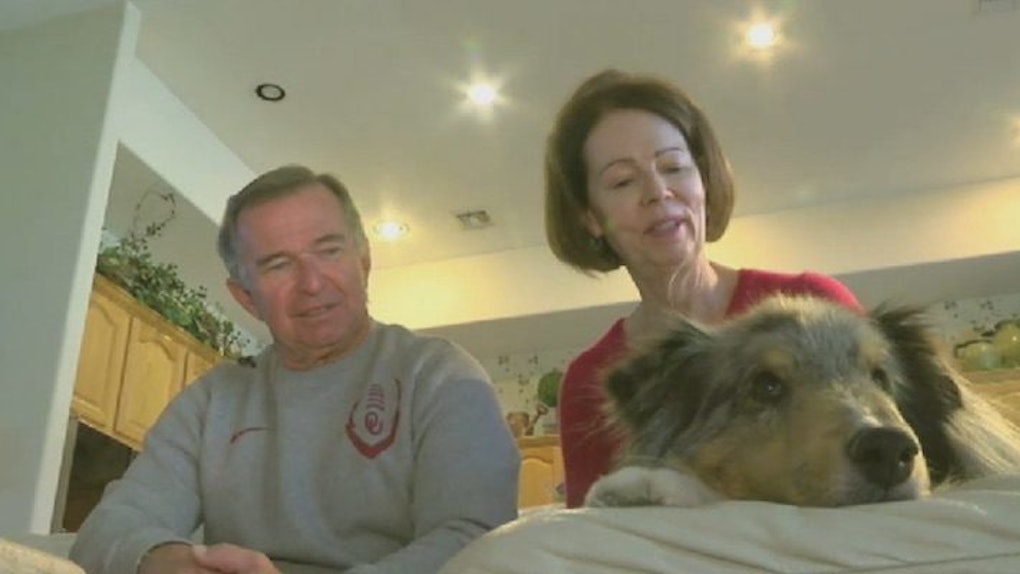 A dog missing for six years was recently reunited with his family in what can only be described as a holiday miracle.

Willie, a now 11-year-old Shetland Sheepdog, was on vacation in Nevada's Pioche Hills with his owners, David and Alison Marks, when he went missing in April 2009.

We were up in the mountains, Willie and his brother picked up on a rabbit or something and took off. Willie's brother Waylon came back, but he did not. We searched all weekend in a snowstorm in the mountains of Nevada, but we never saw any evidence that Willie was anywhere around.

The Marks family tried everything — they put up fliers, notified local shelters — but never found their beloved dog. Eventually, they assumed the worst.

But two weeks ago, something incredible happened: An animal shelter in Elko, Nevada picked up a stray dog, checked his microchip, and discovered it was indeed the long-lost Willie. The shelter immediately called the Marks family to notify them that their pup had been found.

I couldn't believe it. It was an absolute surprise, and the perfect Christmas gift.

For the past six years, Willie had been cared for by a family in Eureka, Nevada, 300 miles away from his original home with the Marks' in Las Vegas. He was picked up by police a few weeks ago after escaping once again.

With Willie back in their lives, the Marks family says everything feels “complete again," and Willie recognized them “right away.”

Aww. Doesn't that make your heart all warm and fuzzy?

Check out the video below for more on this heartwarming holiday tale.

Citations: Dog Missing for 6 Years Found and Reunited With Family in Las Vegas in Time for Holidays (ABC News)