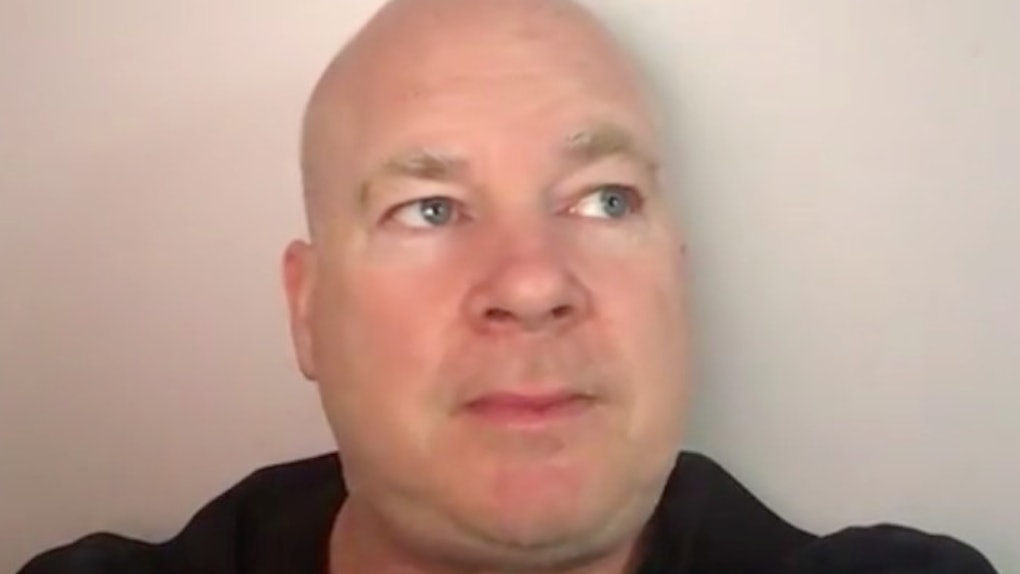 Dad Makes Video About Daughter Being Home From College

Dan Howard is having a meltdown, and we pray for him.

The dad from Cape Elizabeth in Maine posted a diary-style video on Facebook cataloging the Christmas holidays with his daughter who's home from college.

You see, it's not just the kids who grin and bear this time of year. Some parents go through Hell and back and we should probably give them more credit, tbf.

His video has been viewed more than four million times, and there's a reason for that. Watch it all:

Here's exactly what Dan said, broken down by days:

Day one was great.

It was a work night, and the plane was delayed, so it got in at one in the morning. And then she had the heaviest piece of luggage I've ever felt in my life — it must have been 150 lbs — and one of the wheels was broken, so I carried it across the whole airport.

But it's the Christmas season, and we love to have her.

She had friends over — late night. At three in the morning they decided to bake. It was so cute listening to their voices, I probably slept an hour. They left everything out, even the milk — it was sour — those rascals.

She had some more friends over and they were singing that song, 'Bye, bye Miss American Pie... ' It's just very, very catchy that song. I found myself singing it all night. Couldn't go to work the next day — I was exhausted.

She hasn't brought her luggage upstairs yet. She's living out of it in the living room. There are piles of clothes all over her room, so we don't even go to the gym any more. What we do is jump over the piles and pretend they're hurdles — very good for the quads.

I've called the airlines, bus terminals, trains — there's no way to get her back to college. Do you think Uber?