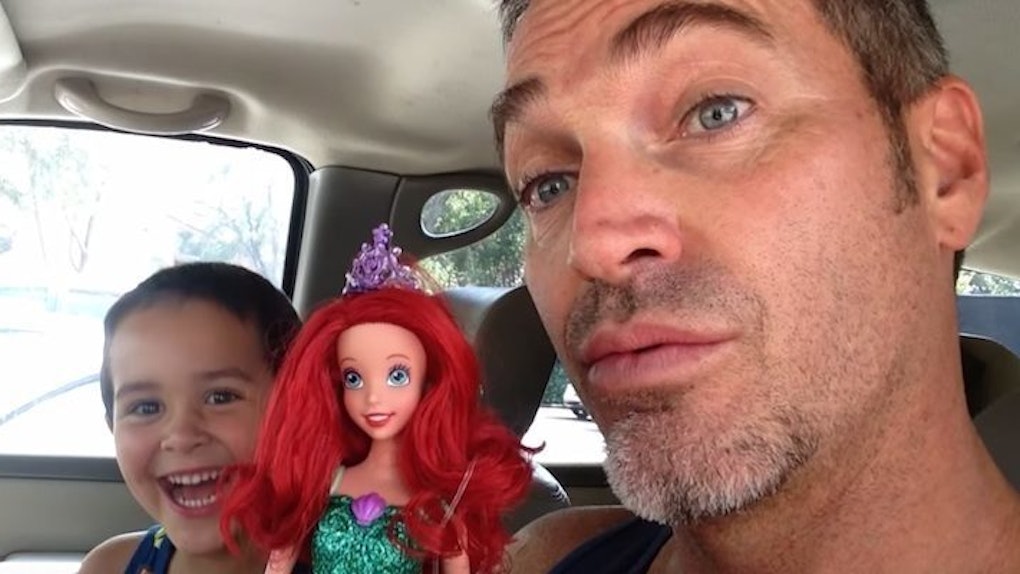 When Azai Willis received the same toy from two different people on his birthday, his father, Mikki, suggested they head to the toy store to exchange one for something different.

Afterward, in the parking lot, Mikki recorded a message to let everyone, especially his two sons in the car, know his or her interests are valid.

In the short video, the Ojai, California resident says,

Now how do you think a dad feels when his son wants to get [a mermaid doll]?

In agreement with his son, Mikki continues,

Azai, who has chosen a life of shouting, screams again in approval.

Setting aside the fact that Mikki's other son appears to be hot-wiring the car in the corner of the video for the full minute of filming, Mikki is a model parent.

The father of two understands, unless his child chooses the life of an unrepentant serial killer, it's his job as a father to love, support, educate and, of course, provide the occasional ride to the toy store.

The video gained over 14 million views on Facebook, and the comments are wildly supportive.

Mikki posted a follow-up message on Monday, delving a bit deeper into his philosophy on parenting and adding he did have some reservations about Azai's selection.

I did have a little reaction to Azai choosing that particular doll. When I saw the collection it was part of, and didn't see much in the way of variety of skin colors or body types, I had to resist my urge to say, 'Why don't we chose a more realistic doll.' I don't want my boys to adapt to the programming that a [woman] should be built like a Barbie.

A loving dad AND a feminist?

Azai and his brother are two lucky kids.

Citations: There Is Nothing Sweeter Than This Father's Reaction to His Son Choosing a Doll From a Toy Store (Cosmopolitan)