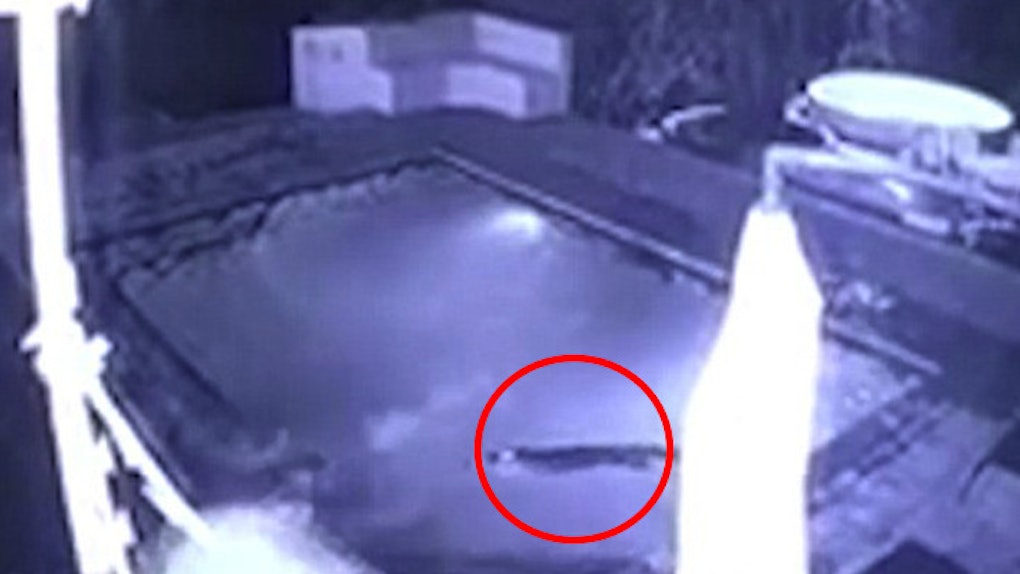 How would you react if you were hanging out in a swimming pool and an actual crocodile suddenly jumped into the pool with you?

Unfortunately, that's exactly what happened to one couple after they had been at a lodge in Africa.

This particular lodge is said to be located in Kariba, Zimbabwe.

The couple hung out in the lodge's pool just minding their own business until a crocodile came out of fucking NOWHERE and quickly jumped into the water with them.

Um, yeah, there's nothing fun about being greeted by a 6-foot-long crocodile while you're simply trying to relax on vacation.

The traumatic incident was caught on camera and has since struck fear into everyone's hearts. Thankfully, summer's over.

When the video first begins, you can see the couple on the far right side of the pool enjoying their stay.

Seconds later, the crocodile begins running out from the right side of the screen and jumps into the pool before attacking them with deadly snaps.

The man quickly jumps out of the pool leaving his female partner to defend herself against the vicious croc.

While many people can't get over the fact that he actually did that, it's important to remember that jumping out of the pool is the reaction most people would have had.

He was also closest to the edge of the pool, which made it easier for him to jump out.

The woman in the video, however, had her back turned to the deep end of the pool and had no choice but to try and fight off the attack and frantically swim to safety. When she finally made it out of the pool, she immediately left poolside while the man distracted the crocodile.

According to Daily Mail, the woman in the video suffered a few bites from the attack while the man made away unscathed.

So far, there's been no word on how the crocodile got into the pool area. All I know is this: You'll NEVER catch me anywhere near a pool in Zimbabwe. Sorry, folks!

Check out the terrifying CCTV footage above.

Citations: What a gentleman! Man leaps out of swimming pool after six-foot CROCODILE dives in, leaving his partner to fight it off herself (Daily Mail)