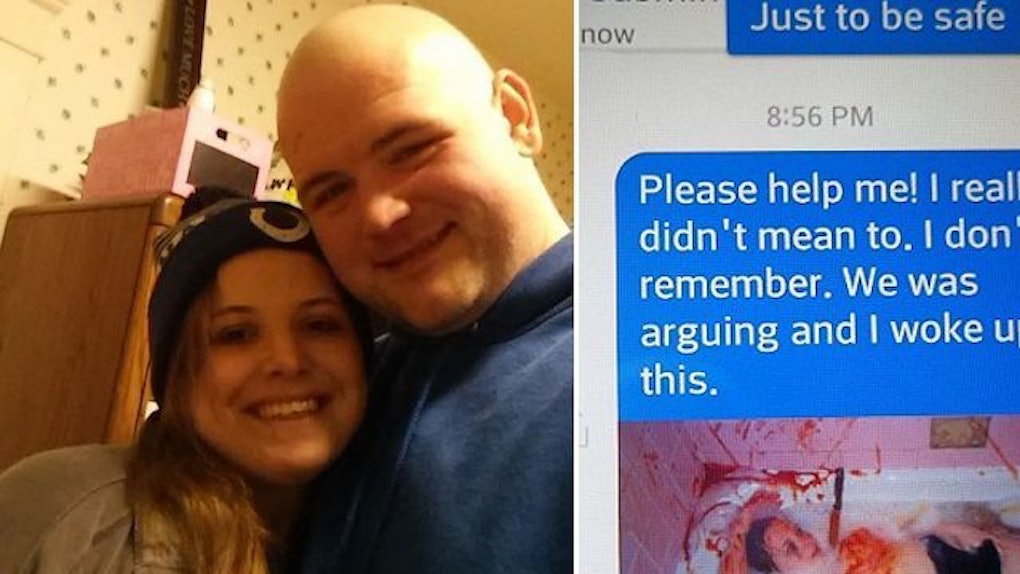 What is wrong with people?

After all of these years of realizing how messed up and cold the world truly is, some people out there still think toying around with the idea of death is funny.

Just ask Nataleigh Schlette and her fiancé Micah Risner. The couple recently decided to play a sick prank on their family members after Micah snapped a photo of Nataleigh lying in a bathtub with ketchup all over her.

The Ohio-based couple thought it'd be hilarious if Micah sent the photo to his sister. Perhaps the only good thing that came of this sadistic prank was the fact Micah now knows his loyal sister would help him cover up a crime.

Micah started off by texting his sister,

Please help me! I really didn't mean to. I don't remember. We was arguing and I woke up to this.

Attached to the message was a picture of a "bloodied" Nataleigh lying in a bathroom with a knife.

Here's the photo Micah Risner sent his sister after pretending to confess he had killed his fiancée Nataleigh.

The couple tried their best to make it seem like Risner accidentally murdered Schlette in cold blood.

Not only did Micah's sister question him, but she also seemingly agreed to help him cover up the murder.

She even suggested he throw the evidence away in a dumpster. She's so loyal!

Eventually, police really did show up to Micah and Nataleigh's door. As they were investigating the call made by Micah's family members, they realized Nataleigh wasn't killed.

As expected, both Micah and Nataleigh were arrested for "inducing panic" with the cold prank. According to DailyMail.com, Micah says he was just pranking his sister to try to get her to come over to his house.

He said he simply planned on confronting her over money she reportedly "stole" from him. As you can see, his master plan failed miserably.

Citations: Man faked murder scene by pouring ketchup over his fiancée before sending photos around and posting an apology on Facebook pretending he killed her - just to prank their friends (DailyMail.com)