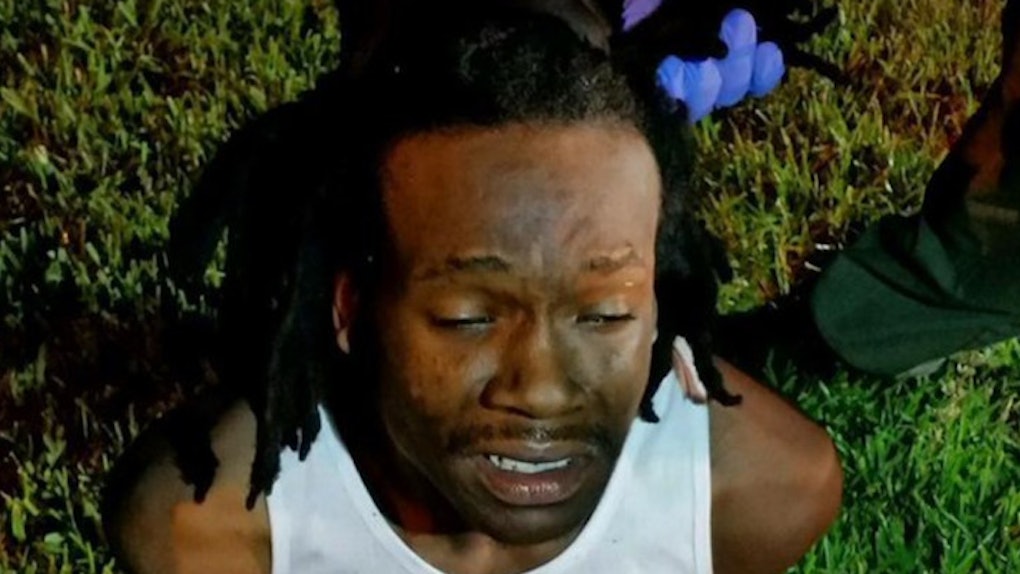 When it comes to social media, you never really know what you're going to get.

If you follow the Twitter account belonging to the Pasco County Sheriff's office, you probably didn't expect to stumble upon a photo of a man being detained by police with the caption reading, "Sad Criminal of the Day."

No, you're not hallucinating.

An actual police department in Florida (go figure) actually thought it was a good idea to post a photo of a crying man named Marquis Porter after he was arrested on suspicion of reckless driving and drugs offenses.

As you may already know, it isn't normal for law enforcement to post a photo of a suspect unless they are looking to circulate their mugshot in hopes to find a lead or simply let the public know that an arrest has been made.

However, the Pasco County Sheriff's Office has been trying to increase its online following. That's where this "Sad Criminal of the Day" photo comes into play...

The photo features a 21-year-0ld suspect being arrested by police as he sits on the ground crying while officers hold his dreadlocks in their hands.

Of course, there were people who found nothing tasteless about the photo. Some people even found it "funny."

However, most decent human beings found the post to be in poor taste.

The photo was also shared on Facebook where it received a ton of criticism from users. Before the post was deleted, one person commented,

I understand posting pics of criminals to raise awareness about dangerous people, but this is just about humiliating and dehumanizing someone, I don't care who you are, you don't deserve to be broadcast to the world at your lowest point for social media bigots to make fun of you.

I'd have to agree.

What purpose does this even serve other than to give people the green light to make wide generalizations about millions of people based on one person's wrong doings?

As a result of the backlash from social media users, the department has deleted its Facebook page despite keeping its Twitter account active with the same photo remaining viewable.