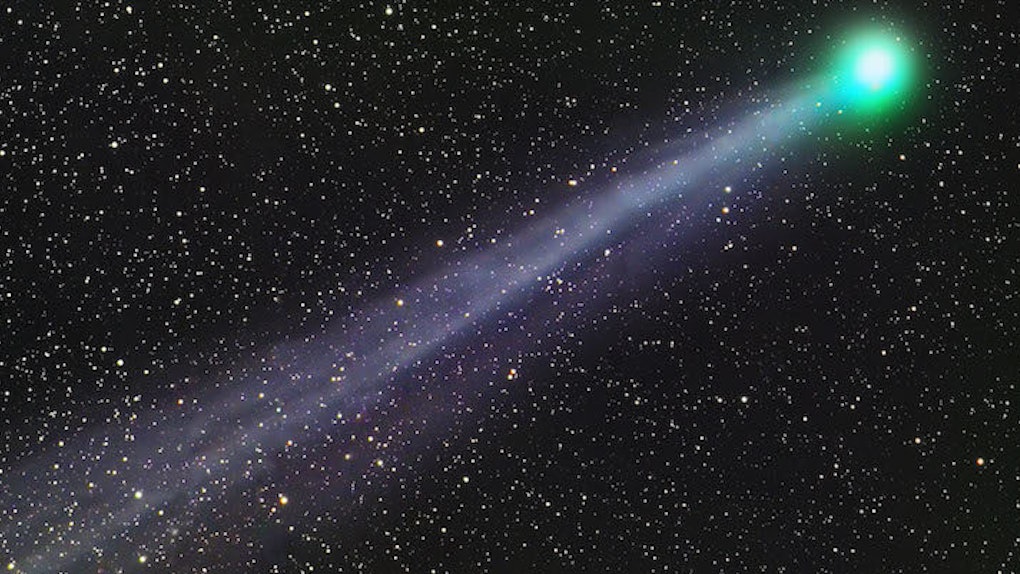 Attention space-loving party animals everywhere: The Lovejoy comet is whizzing around the galaxy just for you.

According to new data published in Science Advances, the giant space ball made up of ice and cosmic dust is also spewing about 20 tons of water per second.

That water also happens to contain ethyl alcohol -- the kind that makes up the booze we drink.

Comet Lovejoy pretty much spews sugar and booze, study finds. The Washington Post did the math, and according to their calculations, Lovejoy is releasing about 500 bottles of wine per second during its peak activity. Lovejoy also emits a pretty solid amount of sugar in the form of glycoaldehyde.

While it's cool to know there is a comet out there riding both a buzz and a sugar high, it's even cooler to know comets like Lovejoy actually contain the building blocks to all cosmic life.

The result definitely promotes the idea the comets carry very complex chemistry. During the Late Heavy Bombardment about 3.8 billion years ago, when many comets and asteroids were blasting into Earth and we were getting our first oceans, life didn't have to start with just simple molecules like water, carbon monoxide, and nitrogen. Instead, life had something that was much more sophisticated on a molecular level. We're finding molecules with multiple carbon atoms. So now you can see where sugars start forming, as well as more complex organics such as amino acids — the building blocks of proteins — or nucleobases, the building blocks of DNA. These can start forming much easier than beginning with molecules with only two or three atoms.

So, long story short, we all come from a sugary, space cocktail. Now go and celebrate life with a giant margarita.