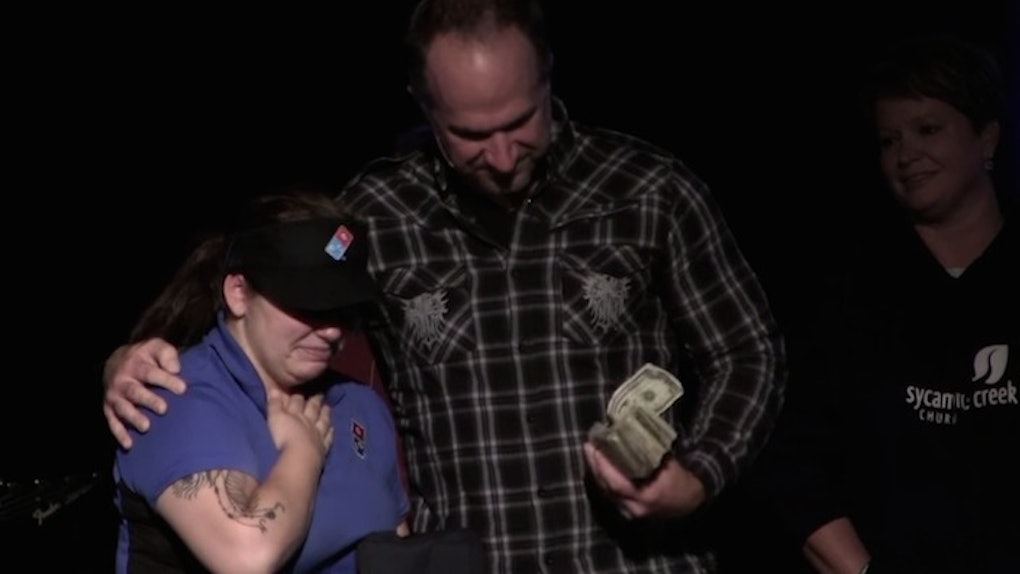 The average Domino's Pizza delivery driver makes about $8 an hour.

Without tips, drivers who work 40 hours a week will take home $15,360 before taxes at the end of the year. That means, a Domino's delivery driver is bringing in a mere $3,590 over the federal poverty line.

It really makes you want to up your gratuity next time you order pizza, doesn't it?

That's exactly what one church in Ohio did.

Following a sermon on generosity, the congregation decided to order a pizza. Upon arrival, the driver, identified as Natasha, was invited up on stage by Rev. Steve Markle, lead pastor of the Sycamore Creek Church.

Markle asked Natasha what was the highest tip she had ever received. Natasha told the church it was $10.

Markle then gave her $15 and said,

We've been teaching our church this last month about being generous, and so we did something special for you today. We took up a special offering for a tip for you.

Natasha, moved by the gesture, immediately burst into tears and said, "Thank you." She added,

Watch the generous moment happen in the video below: