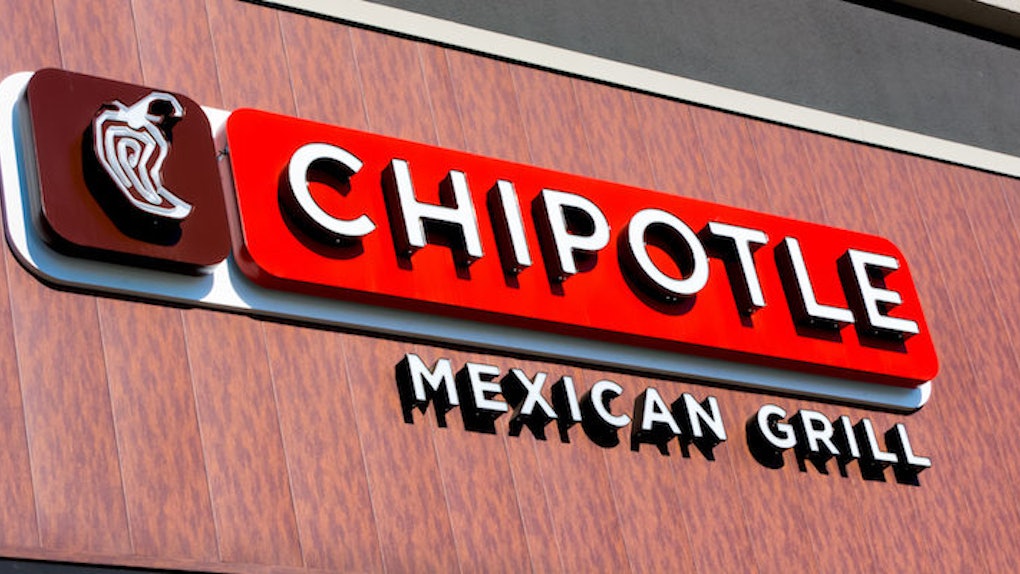 Chipotle's Having A Food, Time To Cut Back On Burrito Runs

I can't believe I'm about to say this, but I think it's time we slow down on the burritos, guys.

It appears we're taking one too many Chipotle runs each week, and our beloved Mexican restaurant is running out of the goods, according to Business Insider.

Apparently, Chipotle establishments have been miscalculating their costumer demand, which has resulted in recent food shortages.

In other words, your burrito bowl might be short a topping or two if you're one of the unlucky costumers who orders on a busy day.

It's been reported that food shortage complaints at Chipotle have increased, and when you think about it, it totally makes sense.

It's getting colder, and most people DGAF about how many burritos they're consuming per week. In my book, the more burritos the better.

Mark Crumpacker, the chief marketing officer for the Mexican food chain, spoke with analysts about the recent shortages and said,

Running out of food is a very common occurrence at Chipotle. It's hard to do — to keep up with the demands in exactly the right way.

Well, with lines that usually wrap around the restaurant one or two times, I can imagine food shortages becoming an issue.

Speaking of agonizing food lines at Chipotle, it's been reported that food shortages are the second highest customer complaint, right behind the long waits, which still sits at number one.

Don't get too nervous, though. The company is currently trying to solve the food shortage issue so we can indulge in burritos without too much selfish remorse.

According to Crumpacker, better training in the restaurant could help ease the issue. He told Business Insider,

When trained properly and focused on the right things, they can do it [right] every time.

With food shortages following the company's recent E. coli outbreak, it's obvious the restaurant is having a tough time.

Hang in there, Chipotle. We'll still wait on the long lines for our beloved burrito bowls, and if you skimp on topping or two, we won't be too mad.