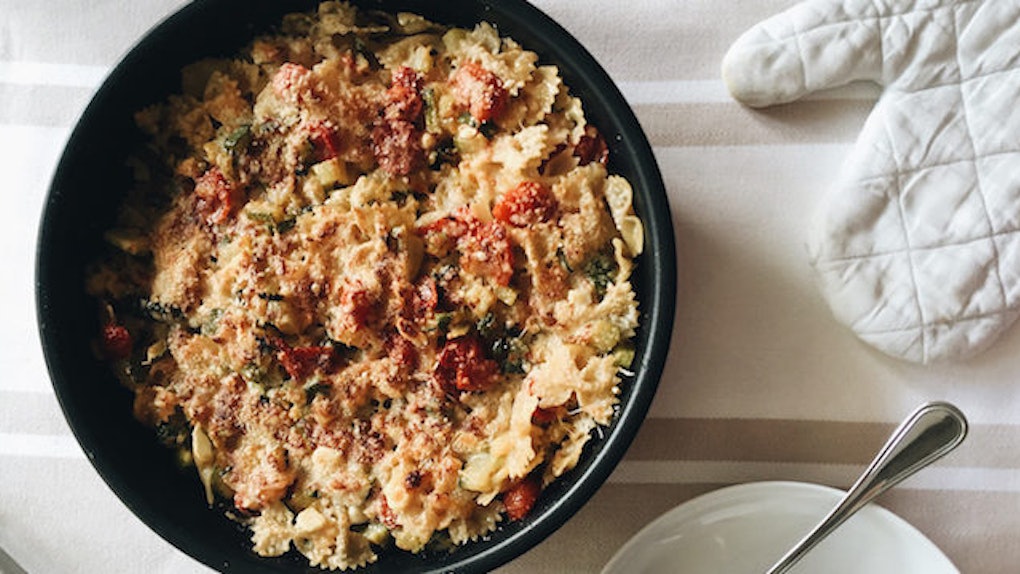 Carbs Don't Make You Tired After A Meal, Study Says

Your afternoon at work started off with the best intentions.

Yes, you treated yourself to a big lunch, but you know you've got a lot of work to get through over the next few hours. You're focused. Game face on.

Next thing you know, it's 3 pm, and you've slipped into that inevitable, crushing food coma.

It must have been all those carbs you devoured on your lunch break, right?

According to a team of scientists, it's not carbohydrates that make you feel sleepy after all -- it's actually protein.

For years, we've been told to avoid heavy doses of pasta, bread and rice if we want to avoid feeling tired later.

But it turns out after all that, meat is the real culprit for our mid-afternoon slump.

Researchers from The Scripps Research Institute, Florida Atlantic University and Bowling Green State University studied the effects of various foods on the sleep of fruit flies, in a study published in eLife.

They found the insects slept more after eating a larger quantity of protein or salt -- and the size of the meal also contributed to their food comas, which is why you can't function properly after Thanksgiving dinner.

The protein link to post-meal sleep has been mostly anecdotal, too, so to have it turn up in the study was remarkable. Using an animal model, we've learned there is something to the food coma effect, and we can now start to study the direct relationship between food and sleep in earnest.

Protein and salt make you sleepy because your digestive system has to work harder to break it down, but the same can't be said for carbs.

So if you want to be productive after you eat, ditch the chicken breast in favor of a sandwich  -- just don't overdo the portion size.