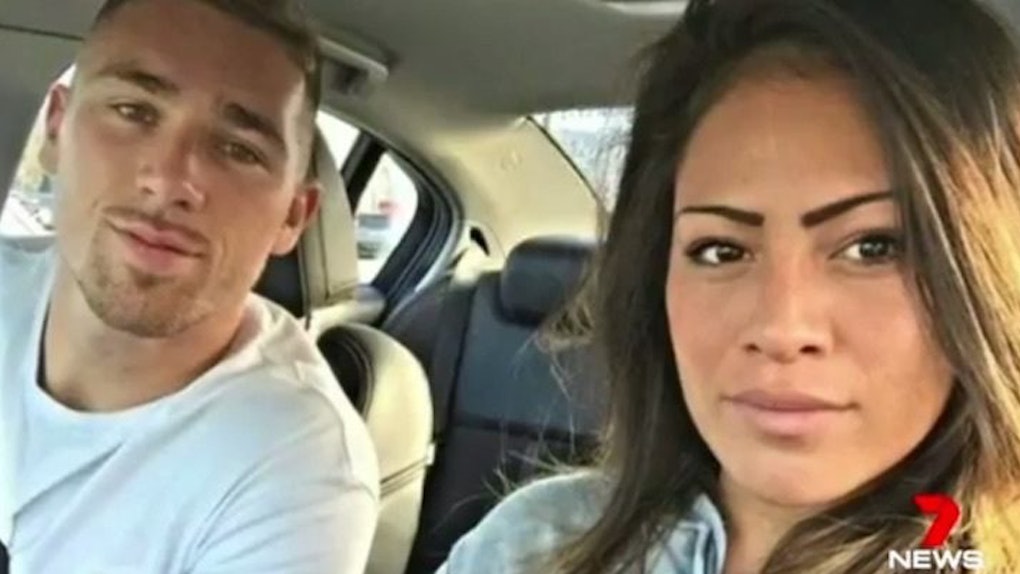 An Australian woman was arrested after promising her athlete ex-boyfriend an imminent death, and she did it all on video.

Here are a few snippets from the video.

Hura now faces a charge of "use carriage service to menace/harass or offend and stalk/intimidation with the intent to fear physical harm," police told Daily Mail Australia.

But her trouble doesn't just stop at the video. She's accused of doing more. Hura is alleged to have posted naked photos of the Rugby star on social media.

Fines can range from $5,500 up to about $11,000 as a maximum, from about one year of imprisonment to up to five years of imprisonement.

This episode is sure to be dark spot in what seems to be an otherwise bright career for Bryce Cartwright, who is praised as one of the best talents in Australia's National Rugby League.

His ex-girlfriend, whom he reportedly dated for six years, has not only threatened him online and, allegedly, exposed some of his private photos. In various Facebook rants, she also publicly shamed him as a cheater and labeled him a man who "can't even pleasure a girl."

Cartwright's manager, though, tried to play it off as no big deal.

This is nothing more than a jilted lover. I understand her Facebook has been shut down and I know she has been warned multiple times ... She is very troubled.

For Cartwright's sake, he should hope those threats are "nothing" either.