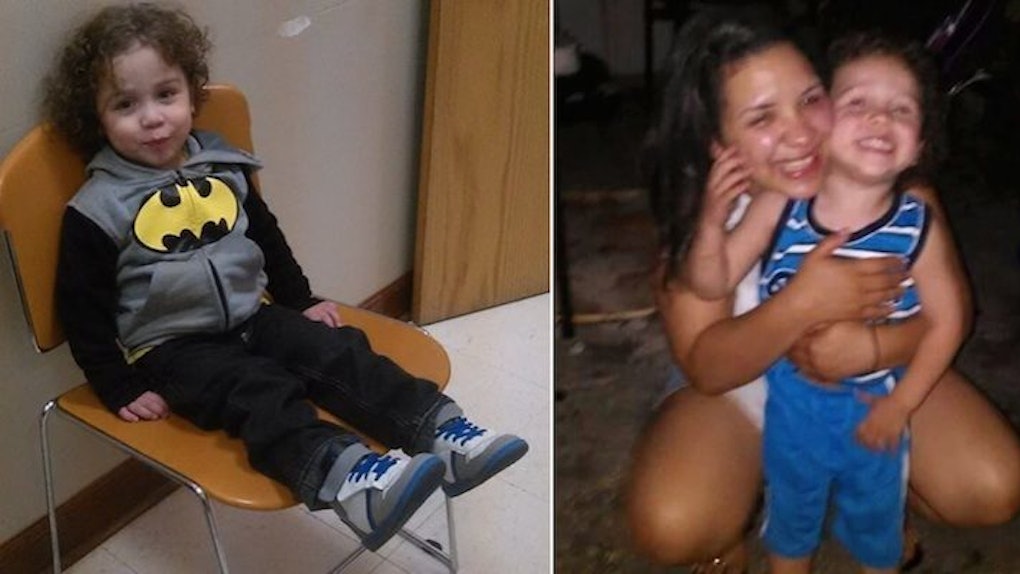 A 6-year-old Chicago boy accidentally killed his 3-year-old brother after obtaining his father's gun to use in a game.

According to The Washington Post, the two boys were playing cops and robbers at their Humboldt Park, Chicago home at around 9 pm Saturday when the older boy decided a gun would be an appropriate accessory.

So, he climbed to the top of the refrigerator and found his father's loaded .32-caliber Smith & Wesson revolver "wrapped in pajama pants." He fired at his brother's head as his brother ate macaroni and cheese.

The boys' father, 25-year-old Michael Santiago, was arrested and charged with child endangerment -- a felony.

His son was shot while he was at work, and the victim's mother was at a store getting milk. The only adult in the home was Santiago's father, Hector Salgado.

Santiago, a former gang member, told police he bought the gun off the street for protection because he testified against a fellow gang member during a murder trial.

About a week prior to the shooting, he showed his older son where he kept the gun... (Santiago) took the gun from on top of the refrigerator, unwrapped the pajama pants and explained to the 6-year-old that the gun was only to be used by adults.

Santiago, who works six days a week at a pizzeria, reportedly believed the refrigerator was tall enough to prevent his kids from accessing the weapon.

The prosecution asked for Santiago's bail to be set at $1 million, but a sympathetic Judge James Brown chose $75,000, so the father could mourn the death of his son.

He's OK. He doesn't even remember. He doesn't know nothing about it. He thinks his brother is in the hospital sick.

Santiago could spend between two and 10 years in prison if convicted.