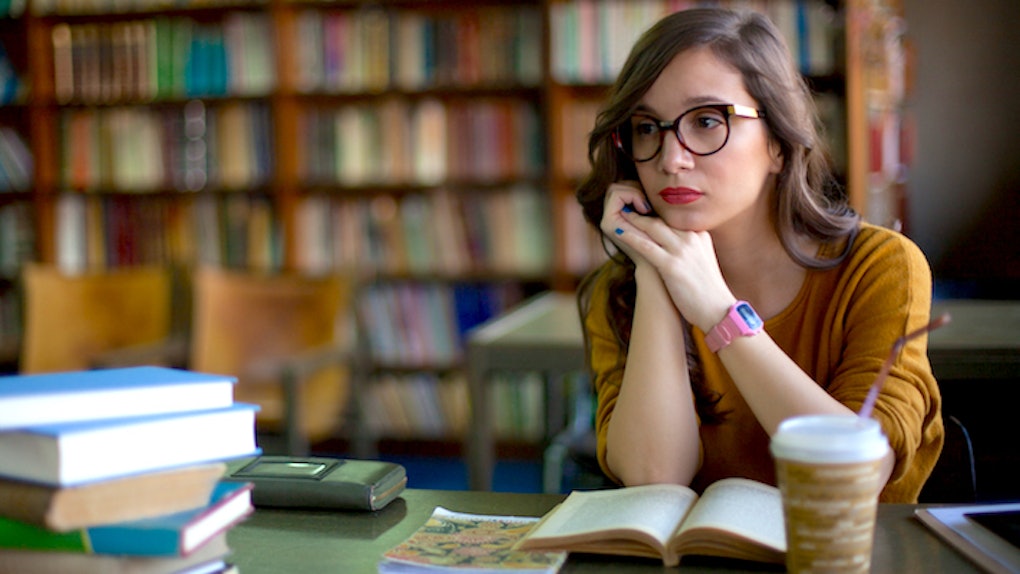 If You Think You Have ADD, Science Says You Can Blame Your Boring Co-Workers

If you're someone who has always struggled to pay attention during class or your morning meetings, you probably don't have ADD.

The reason you have such a short attention span is probably just because the people around you are boring AF.

That's right. A new study published in the Journal of Experimental Psychology just revealed you're constantly distracted because the subject matter at hand isn't intriguing enough to hold your attention.

The study also tested the idea that you get more distracted as tasks become increasing difficult, and found out this theory is actually a bunch of bullshit.

For the study, researchers used several experiments to assess whether people become more easily distracted as the mental effort needed to complete a task increased.

The researchers had participants solve math problems that varied in difficulty while a variety of images of flashed on a computer screen for a duration of three seconds.

During this time, an eye-tracking device was used to analyze the frequency, speed and focus of each subject's eyes as they completed the math problems.

The findings indicated people were more likely to look at the distracting images while answering easy math problems as opposed to more challenging math problems.

According to one of the study's authors, University of Illinois psychology professor Simona Buetti,

This suggests that focus on complex mental tasks reduces a person's sensitivity to events in the world that are not related to those tasks.

The research supports a phenomenon known as "inattentional blindness," in which people fail to notice strange things going on around them when they're focusing on an engaging task.

But that's not all. Buetti also stated,

Interestingly, when participants completed a mix of easy and hard tasks, the difficulty of the task did not seem to affect their distractibility.

The researchers came up with the "engagement theory of distractibility," which basically states that your ability to stay focused on something has to do with your level of engagement with the task, rather than the difficulty level of the task.

Buetti summed up the findings of the study, saying,

Characteristics of the task itself, like its difficulty, do not alone predict distractibility. Other factors also play a role, like the ease with which we can perform a task, as well as a decision that is internal to each of us: how much we decide to cognitively engage in a task.

So basically, if you want to pay attention to work, you don't need to take an Adderall.

You simply need to surround yourself with interesting people who are going to engage you.